“I had a really enjoyable time in China. … Most days we had class in the morning for a few hours, this included both engineering lectures and some culture lectures, after this we had free time or went on culture tours. 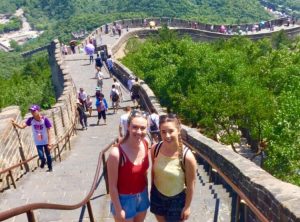 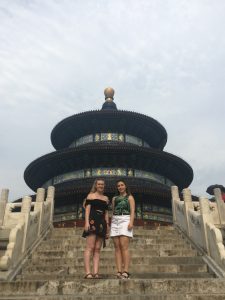 We went to all these places accompanied by some volunteer students from BIT. The volunteers were a great help, they showed us the way on the underground and helped us order food. … It was great to get to know some of the locals and talk to them about their experiences of university etc. …

We tried many different foods, some seemed shocking to us such as hen’s feet and pig’s feet as these dishes wouldn’t be common in the UK. My favourite food that I tried was the Peking duck and I also liked the Hotpot. I found eating in China a lot more communal than in the UK as many of the dishes are shared by everyone at the table. Learning to eat with chopsticks proved a challenge in the beginning but after a few days it got a lot easier.

I was shocked at the size of Beijing, Northern Ireland is such a small place that travelling for an hour seems a long time for us however it might have took us the same length of time to travel from BIT to a more central area of Beijing. The lavatory situation was also quite a culture shock, I was surprised that there were very little Western toilets even at some of the popular landmarks. When there was a thunderstorm or it rained in Beijing it was very heavy and then often within an hour or two of the rain stopping all the puddles had completely dried up, I loved watching the lightening because we don’t see this much at home.” 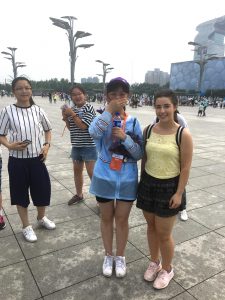 “Everyday in Beijing, people asked me to take my photo, or get in a photo with me. Others wouldn’t even ask to take a photo but would just take one. It never occurred in BIT campus, always occurred in public places where we visited, such as museums, tourist areas like Bird’s nest stadium, Summer Palace and even in shopping malls. This was really common and happen around 3-4 times a day. A lot of people stared at us, they must not be used to seeing foreigners in China. Some would tell us that we were very beautiful and others would act as though we were a celebrity.

I felt very surprised at this reaction from people in China, as back at home we would often see people from different nationalities, but wouldn’t be as interested in them as they were in us. I also felt very special (like a celebrity), and I felt happy and pleased that people would want my photo.

The student volunteer said this was common occurrence in china for people to take photos of tourists and white girls, as they have never seen people of this skin colour and they look different to them, they think that the tourists look like famous people on TV and that they are pretty. It is not an occurrence in the university area, as more international people would frequent there.” 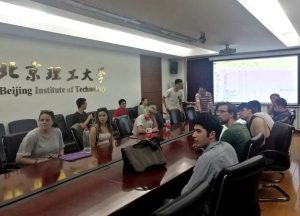 Participation in the summer programme at BIT 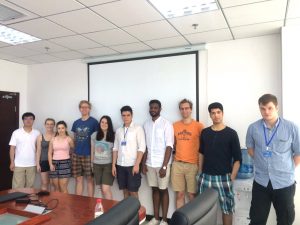 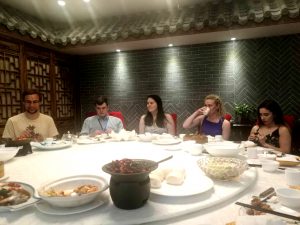