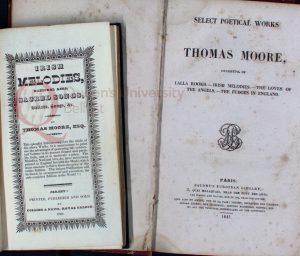 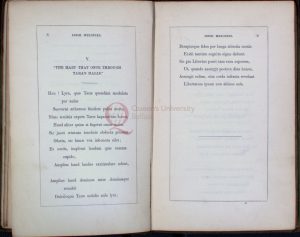 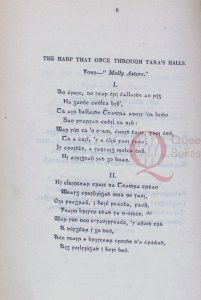 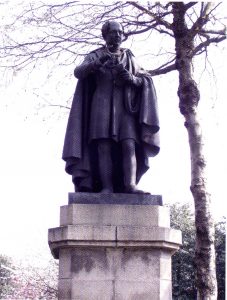 As part of the Horizon 2020 project ERIN: Europe’s Reception of the National Airs and Irish Melodies; Thomas Moore in Europe, Dr Sarah McCleave and Dr Triona O’Hanlon of Queen’s University Belfast are seeking proposals towards a volume of essays on the theme, ‘Thomas Moore and the Global Marketplace’. The purpose of this project will be to track Moore’s reception across the globe.

Proposals of circa 1000 words are invited by 1 July 2016; please send to erin@qub.ac.uk. We will be collecting completed essays by 1 July 2017. If you have any questions, please contact us at the project email. 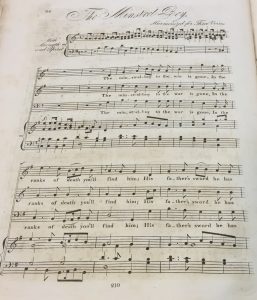 Thomas Moore’s Irish Melodies are his best-known works. These 124 Irish tunes, arranged for voice and piano with newly-minted lyrics by Moore, were published in ten numbers between 1808 and 1834. The Gibson-Massie Moore collection evidences their popularity as domestic entertainment in the Romantic era with the multiple distinct imprints of each number (thirty for Number one alone) and in the multi-national circulation of Moore’s lyrics (a topic for a future blog post). The series gained a renewed popularity in the Victorian period through the 1846 edition illustrated by Irish artist Daniel Maclise.

Indeed, the most iconic of Moore’s Melodies have become thoroughly ingrained in our modern culture. Foremost amongst these is The Minstrel Boy from Number five. This is often associated specifically with the cause of Irish political freedom–for example as featured in ‘Reflecting the Rising’, the RTÉ centenary concert to mark the 1916 Easter Rising–but which in brass band arrangement has also become a regular feature during the annual Remembrance Sunday service held at The Cenotaph in Whitehall, London in November to honour all who have suffered or died in war. The Minstrel Boy, with its celebration of freedom and homage to brave personal sacrifice, has also been adopted by film-makers to mark or commemorate actions as diverse as those of the ‘1st United States Voluntary Calvary’ in the Spanish-American War of 1898 (Rough Riders, 1997), the American Invasion of Normandy in World War II (Saving Private Ryan, 1998), and a failed US Army mission in Somalia during the early 1990s (Black Hawk Down, 2001). It is Moore’s poignant lyrics that have given the tune, ‘The Moreen’, this particular resonance:

“The Minstrel-Boy to the war is gone,

In the ranks of death you’ll find him;

His father’s sword he had girded on,

And his wild harp slung behind him.

‘Land of song!’ said the warrior-bard,

‘Tho’ all the world betrays thee,

‘One sword, at least, thy rights shall guard,

‘One faithful harp shall praise thee!’

The Minstrel fell! – but the foeman’s chain

Could not bring his proud soul under;

For he tore its chords asunder;

And said, ‘No chains shall sully thee,

‘Thou soul of love and bravery!

‘Thy songs were made for the pure and free

‘They shall never sound in slavery.’”

Are you aware of any arrangements or recordings of Moore’s The Minstrel Boy? If so, we would be delighted to learn of these through the comments page of this blog.