Project Update 4: The 3 THINGS that are HELPING care-experienced young people COPE with difficult experiences in their lives

Care-experienced young people often have to deal with a range of negative experiences and difficult/challenging emotions, which many of their peers might not have to deal with (e.g. abandonment, rejection, birth family histories of alcohol/drug abuse and domestic violence). In addition, many are dealing with other difficulties that their peers might also be experiencing, such as bereavement, bullying, ill health, financial pressures, or difficulties finding a job.

So far, we have recruited 47 young people into the study (that includes cases where we have only been able to talk with their parent/carer). This post focuses on the 30 cases where we have been able to do a face-to-face interview with the young person. Of these, seven have experienced the bereavement or/and life-threatening illness of a close family member, and eight have told us about their experiences of being bullied. For most of these young people, these experiences have had a big impact on their lives. In a few cases, it has even led to a placement disruption or strained relationships. In the case of bullying, these experiences had a serious impact on the young person’s formal education and school experience, with most of the eight missing/not attending or giving up school altogether. Schools appeared largely unable to deal with this bullying.

For example, Carl was in foster care when his birth brother died at the age of 10. A year later, his foster father died, and shortly after, his birth granny also died. He was very close to all three of them, and they all died in the space of three years. The grief he experienced led to his behaviour becoming more challenging. As he says, he was “really angry”. That led to the eventual breakdown of the placement, although the relationship with his foster mum continued over the years, and he still considers her his mum.

William was bullied when he was in secondary school, and felt the school did nothing about it. Their attitude was that if there was no physical violence it wasn’t happening:

“Leading up to that, I was always bullied. Everybody knew I was adopted. […] And that was a very, very big part of it. […] Physical, verbal, emotional… It was a bit about my height, that type of stuff. Because I was quiet as well … In fact, there was a point where I got bullied to the point where I exploded in second year. And I got into very big trouble and I wasn’t suspended or anything but mum took me out and wanted to self-teach, so that was for a good couple of months, and then I had to go back.”

Maeve, who lived in kinship care (first with granny and then with uncle) was also bullied throughout secondary school, and she also stopped attending school, and got tutored instead:

“For sixth year, I didn’t go to school from October right through the end of the year. I went to school about a handful of times and that was it. […] I would have got bullied for being like… posh. People thought we were quite stuck up because we didn’t speak like… you know, and stuff like that. […] I was going to sports groups like outside Belfast so they didn’t have the accent, and then I was just mingling with other types of people, whereas here it was different.”

We have found that the young people interviewed so far have been able to cope with these difficulties using mainly three particular resources:

For most young people interviewed, their (foster, adoptive, birth) parents or carers and other family members were very important to them, and they relied on their support when dealing with difficult experiences. Many referred to their friends or girlfriends/boyfriends too. When asked how they coped with difficulties in their lives, they often mentioned talking with specific family members and/or friends.

For instance, Madeleine (20 years old, adopted) talked about the support she received from her adoptive mother while looking for a job:

Edgar (20 years old, was in foster care), who was struggling with a range of issues (e.g., drug addiction, mental health, disability), told us that he still relied on his foster dad for practical support (although he had left the foster placement over 7 years previously):

“My dad took me to a hospital appointment this morning sure. […] Down there at f*cking quarter to eight!”

James (21 years old, foster care) suffers from anger issues, and when asked about how he copes, he answered:

“Going out with my mates and having a laugh, or going for a walk, going for something to eat. […] well even if they do [ask you a million questions], we will turn it into a joke and slag each other about it. And that’s not a bad way, I find that a funny way like if my mate started slagging me about it, I would start laughing.” 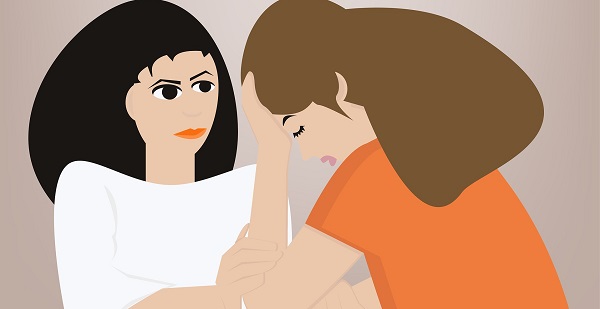 Some young people mentioned psychological help, and highlighted the role of particular counsellors and psychiatrists in helping them cope with their mental health difficulties.

For instance, Maeve was first referred to a counsellor after she attempted suicide due to bullying and other difficulties in her life. Even though it took her some time to open up to the counsellor, she eventually did:

“like at the start it wasn’t constant, I seen her for about a year and I didn’t really tell her anything and I didn’t actually like her because she was always so positive all of the time […] But then it got to a point […] I was like ‘look I really don’t know who to talk to’.  I didn’t have all my friends, well I wouldn’t have been this close with them and then it was just like, ‘I need to go back’. So I went back and got on really well with her and chatted away to her. Before that, it would have been my friends, I wouldn’t really talk to my nannie or [my uncle], not that they wouldn’t have helped me but I would just have felt uncomfortable explain myself to them, but I know fine rightly that they would have helped me and been understanding, but just you know when you are a bit embarrassed about sensitive subjects.”

She explained the importance of having her counsellor as a constant in her life, somebody she could rely on in the case she needed it:

“… like my counsellor now, she stops seeing people when they turn 18 but I am 19 and I was just like please… I spoke to my PA and my social worker before I turned 18 and I was like, the thought of… not that I need it, but just the thought of going, if I needed help again, to having to go to someone new, it is just not going to work. It is better to have a constant. It is not that I am completely reliant on her, like I hadn’t seen her all summer until today. Today was the first time I seen her since June”

Robbie Gilligan’s research has focused extensively in this area, and it has evidenced how a positive experience of ‘work’ can have a transformative effect on care experienced young people.

Killian (living with Residence Order carers) worked as a lifeguard in the leisure centre for about a year, and remembers his first rescue as ‘phenomenal’. His work gives him a ‘buzz’. He works in the ambulance service. He really enjoys it. He has worked since he was 14 (started washing cars as work experience at school, and he was kept after the work experience).

Mary (living with birth dad) also described getting her job as a nurse in the hospital as one of the experiences she felt best about:

“Because I have sort of been, like most of the people I have been brought up around don’t really work, and I don’t want to, that is not my outlook on life, I want to be the complete opposite and work hard. … I feel like, I love nursing, I love looking after people. I just feel that you can’t just be a nurse for the job you have to enjoy it.”

Some young people were particularly involved in certain sports or hobbies, and found that it really helped them in terms of their wellbeing and mental health. Young people referred often to ‘keeping busy’ as a means to cope with the daily stresses and worries in their lives.

When we asked Brandon (22 years old, was in foster care) how he coped with his anxiety, he replied:

“Just trying to get out of the house, just try and keep myself active. Aye, even if it’s on my own. Like when I’m down, I don’t want to be in company, but I like to keep myself entertained. So I will go climb a mountain, or go to the gym, just keep myself active. […] You have to keep your mind occupied and stuff.” 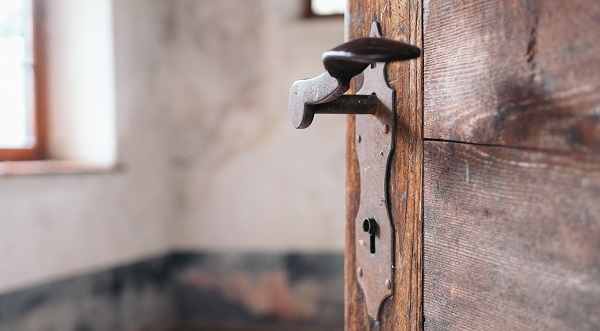 These might sound like obvious things. However, we believe it is useful to highlight their importance in helping young people cope. We want to make policy-makers aware of the ability of these key resources to turn youth’s lives round, so they then focus on developing effective policy and practice strategies to enable care-experienced young people to access these assets. Examples of that would be:

This entry was posted in Project Update, Support and tagged coping, relationships, supports. Bookmark the permalink.

2 Responses to Project Update 4: The 3 THINGS that are HELPING care-experienced young people COPE with difficult experiences in their lives