We have talked to 50 care-experienced young people and/or their parents or carers now. Last week, we presented a taster of what we have found so far in an international conference on family welfare in the beautiful city of Porto (EUSARF 2018). One of our presentations was in the form of a poster, focusing on a range of issues connected to wellbeing, such as mental health, life satisfaction and self-worth. You can find the poster here in this blog post (although it’s a bit too small for all the writing to be read). The full size poster can be downloaded as a pdf here. 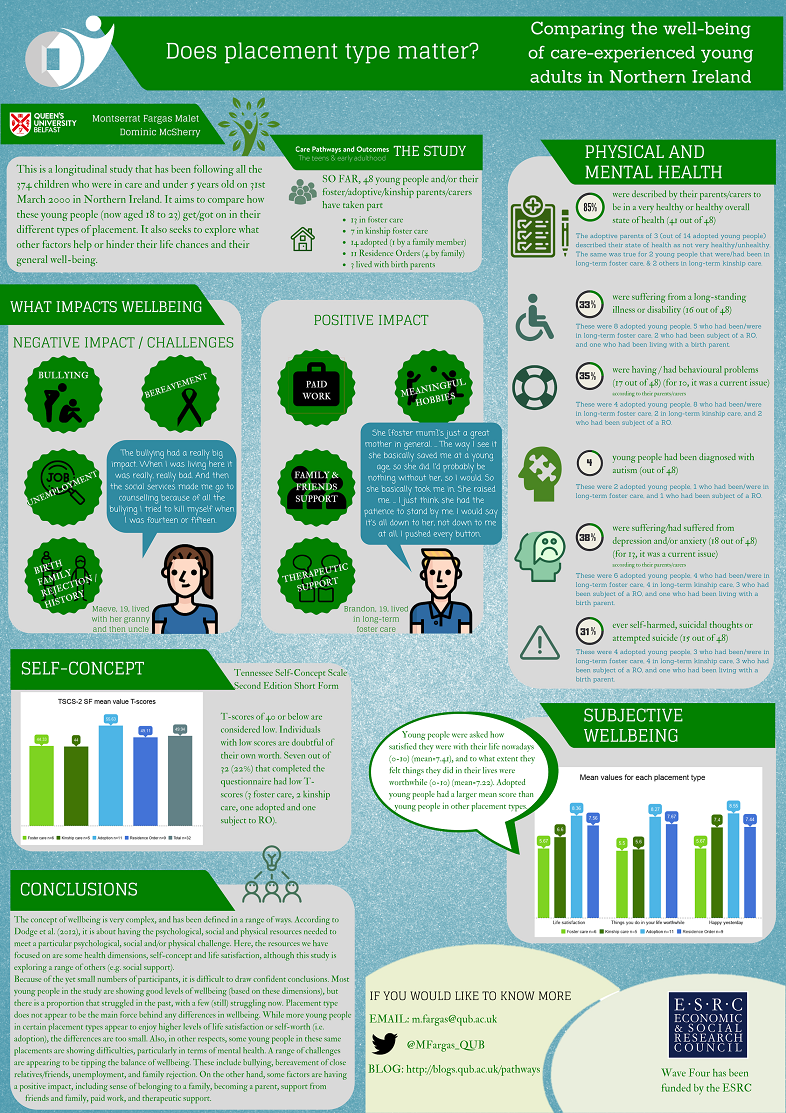 We found that young people appeared to be doing reasonably well in terms of general health, with most parents or carers considering the young people to be in a very healthy or healthy overall state of health. However, there were some concerning findings in terms of their mental health. We found that 15 out of 48 young people (31%) had either self-harmed, had suicidal thoughts or/and had attempted suicide. These were spread across all the types of placements: four adopted young people, three who had been/were in long-term foster care, four who had been/were in long-term kinship care, three who had been subject of a Residence Order, and one who had been living with a birth parent. In addition, 18 were suffering or/and had suffered from anxiety or depression (38%). We also found that seven out of 32 who had completed a self-concept scale (22%) had low scores, meaning they were unsure of their own self-worth. We also found that some young people had an apparently low level of life satisfaction, with young people who were/had been in either long-term foster care, or long-term kinship care showing the lowest means, with 5.6 and 6.6 respectively in a scale of 0 to 10 (0 being the lowest). 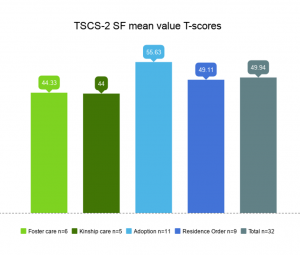 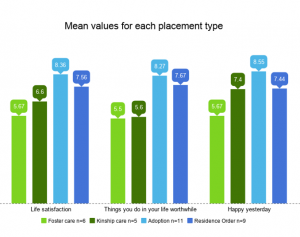 We found that a range of challenges could tip the balance of wellbeing. These included bullying, bereavement of close relatives and friends, unemployment and family rejection. On the other hand, some factors were having a positive impact, including sense of belonging to a family, becoming a parent, support from friends and family, employment, and therapeutic support. We are going to expand on these different factors in future blog posts, and as more young people and their families take part in the study.