Contact with the birth family is a very complex issue for children with experience of the care system, as well as for their parents/carers and for Social Services (making decisions about them). There is plenty of research focusing on this topic, but less is known about what happens when they reach adulthood, and how relationships evolve. With the growth of social media, searching becomes easier for young people and relatives, and different issues emerge from that. 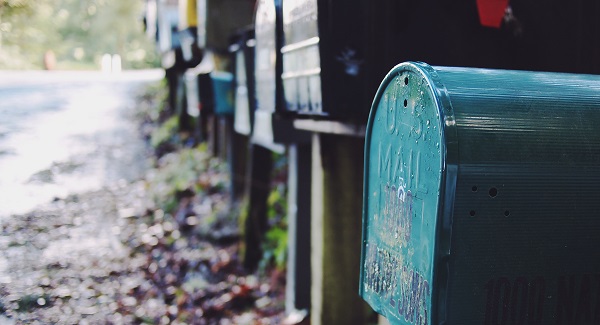 The CONTENT group involves regular ongoing contact with specific members of the birth family, which does not involve any major problem for the young person in terms of their feelings of belonging to another alternative family and their identity. Many of the young people in this group would have grown up in kinship care.

For instance, Belinda (20 years old), who was raised by her grandparents and now lived in her own flat with her two-year-old child, was still in touch with her birth dad, and was content with this relationship. She was closer to her grandparents, but was able to visit her dad when she pleased.

“I still see my dad and stuff and obviously his kids, like my brother and two sisters but I would be more close with my nannie and granda. I still would call up and see him the odd time but…”

The CURIOUS group refers to feelings of curiosity towards the birth family, which have led the young person to search for a particular birth family member or members (mostly on social media), but has not led to any direct action to make contact with them.

For instance, Julie (21 years old) was adopted at a young age and searched for both her parents on social media:

“I think more whenever it comes to my looks, … I was like ‘I want to find her [my mum] because I want to see do I look like her then, and I think it was more the curiosity of like looking like your family that’s where it came from. Because I like the way [adoptive sisters] can go ‘oh you’ve got mummy’s’ and ‘You’ve got daddy’s’, but it’s like a small thing. But then I was like ‘I wonder where I get mine from’. I don’t think it was about them but I think it was more a selfish thing, where I wanted to know what I look like, why I look like that.”

Anna (19 years old) grew up in foster care, but has a little brother (aged about 15 or 16), who was adopted, and she has searched for him on social media:

When asked about the reasons for searching for him, she said:

“just to see what he looked like, and what he was like. Like obviously I could see from Facebook that he had the best of clothes and he has a good life you know that way and he is doing well and he has grew up in a loving home as well.”

The NO INTEREST group included young people that have no interest in the birth family at the present time, although there might have been contact whenever they were younger which eventually stopped as they got older.

“I have never seen them… I have never really thought about it … knowing about your past and birth parents isn’t important to everyone … I am not sure, for me it may not be important but for someone else, I don’t know. ”

For instance, Nichole (19 years old), who was raised by her foster carers on a Residence Order, felt a lot of anger towards her birth family, and expressed a complexity of feelings. Some of her birth family members had contacted her in a myriad of ways.

“My dad added me in Facebook when I was like 16. And then a few of his sisters added me, and his ma and da added me. … I had a big fight and argument with my dad, I had a lot of anger on him, it actually kind of felt good but there was a lot of anger. … Not really knowing anybody and then getting a lot of messages going ‘oh, we miss you’ and all and then I was thinking ‘you knew where I was and I don’t even know yous’, I was ‘No, I won’t take any of that … It’s really hard to explain, it’s like mixed feelings, you don’t know how you are feeling and then you think about it, and then that’s when you start getting angry, when you think about it.”

The MAKING CONTACT IN THE LATE TEENS group included a few cases where the young person made contact with a birth parent (or the other way round: the parent made the contact) as they turned 16, 17 or 18 (without the foster/adoptive family’s knowledge), and in some cases, this led to the young person living with their birth parent for a short period of time.

“When he was between 16 and 18, dad started to be in touch all the time, wanting him to come and live there. … He lived in [town] with his new wife. Although we have always had contact, and it has always been fine. Suddenly, when Aaron turned 16, Aaron started getting Facebook messages ‘Come and live with me’. At that time, Aaron was taking legal high drugs. And whenever we were trying to put consequences, Aaron would come in and say ‘My daddy said everybody does it, I can come down and live with him’. So we contacted Social Services, and a girl came down and spoke to Aaron, and Aaron said ‘I don’t want to go and live with him. He’s putting a lot of pressure on me’. So they went down and spoke to dad. They had told us they could put in place something with the police to stop him annoying Aaron but after they spoke to dad, they said ‘Oh dad said that’s fine, he’ll leave it’, but he didn’t. He did it sneakily, he was contacting him at night time through Facebook, through Messenger, he was phoning him… it sort of made it more sneaky…. So that went on for two years. For some reason, dad thought that when he was 16, he could leave.”

So, eventually, at 18, Aaron did go to live with his birth father, after arguing with the adoptive parents over drugs. He kept in contact with the adoptive family, and after about two weeks, he wanted to come home back to them. His birth father had sold all of his Christmas presents for money, and he also stole all of his money that his birth relatives had put for him in the Christmas cards. For those two weeks, Aaron and his dad abused alcohol regularly.

“Curiosity mainly drove it. Just to see … what it was like. … It just happened. I can’t even describe how it happened because it happened so quickly. And I’ve put it … to the back of my head really. … [My birth mum] had repeat alcohol abuse. She said she was clean for so many years, but she was still going back to it. I didn’t know about this, but she had a younger son, who was 14, 15 at the time. … We got on at the start. But the way I see it is that he was putting on an act and then he started to show his true colours and then it was just worse, worse, worse. … [My return] happened quite abruptly. I was always told the door was open when I want. It kind of happened like that really, like a click of a finger. I had to call the police to get myself removed. It was that bad. One day, I was like physically being kicked out of the house for turning around and saying ‘there’s a social worker here, can you come back to the house?’ … And there was social workers for the younger brother involved then. So they’d arrived, she was nowhere to be found… I rang, she said ‘right, leave it. Just tell her to go away’. She couldn’t go away. I rang again and she goes ‘blip, blip, blip’, and I goes ‘right, get back here now’, and she came back and all hell broke loose basically.”

These are the main diverse contact and searching experiences we have come across within the study to date. Each category is representative of at least four of the young people we have interviewed so far. We will update this blog post later on in the study.

Picture and icon credits: Icons in the pictures made by Freepik from www.flaticon.com