The ESRs based at QUB recently attended a public engagement event. Here’s Panos with his thoughts:

Science Uncovered, which has been held in over 300 European cities for many years, took place on Friday September 29th with great success. The venue where European Researchers’ Night 2017 took place – Ulster Museum – was flooded with people; it attracted young and old alike. The audience, with particular love, embraced this multidisciplinary scientific event and listened to a variety of scientific talks, met young researchers, and participated dynamically in this fascinating tour of the world of science, research and technology. 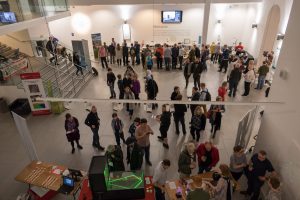 It turns out that science keeps not only the interest of the public but also of the scientists/researchers themselves. The REMEDIATE team was there with Panagiotis, Tatiana, and Ricardo to welcome the public and speak about “Monitoring & clean up of contaminants using natural microbial batteries”, “Bioaccessibility of heavy metals in urban areas” and “Gene sequencing of contaminated groundwater (Do bugs catch colds?)”. We were asked a number of great questions, and enjoyed talking to everyone who came to our stand, as well as meeting other researchers who were at the event. 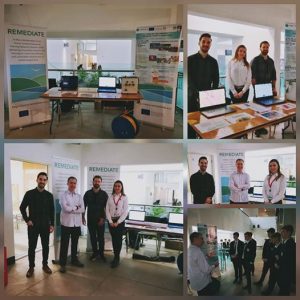 To learn more about Science Uncovered and the participating research groups, visit the Ulster Museum website