RTK GNSS? How Does That Work?

For years land surveyors and geospatial professionals have been using a very accurate global coordinate positioning technique called Real Time Kinematic or RTK.  RTK uses two or more GNSS receivers. GNSS is a modern term covering all Global Navigation Satellite Systems e.g. GPS, Glonass, Galileo, Beidou. One receiver is called the ‘Rover’ and the second is called the ‘Base’ or ‘Reference Station. The Rover receiver as the name suggests is moved around by the surveyor manually or on a vehicle in order to survey coordinates e.g. Latitude, Longitude & height, while the base receiver is fixed on a known coordinate location and does not move.

GNSS receivers track radio broadcast signals that contain embedded timing data from from an atomic clock in each satellite and combine this information with ‘ranging’ calculations from the fixed radio wavelengths broadcast from each satellite ( Frequency Bands).   When these calculations are made to 4 or more orbiting satellites GNSS receivers are able to compute a 3D position on the ground, sea or air.  In RTK positioning the ‘Base Station’ GNSS receiver calculates ‘position correction’ information based on where it knows it is (a reference coordinate) and a constantly changing position being calculated as the satellites transit across its sky. These corrections are broadcast in Real-Time and applied to the rover receiver resulting in a very accurate coordinate at the rover. 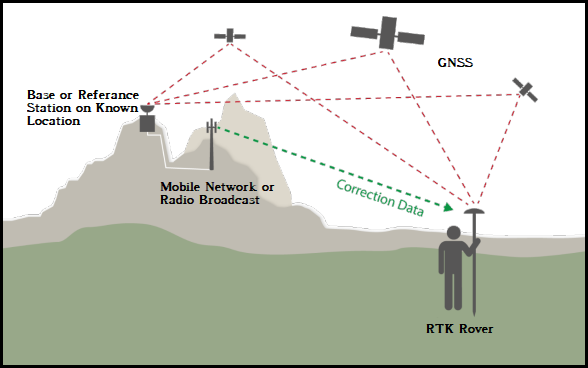 Ok, still with me? All of the above sounds straight forward but the mathematics behind all this is pretty complex and there are lots of possible errors than can affect our rover results. We can get timing errors and radio signal errors when the signal bounces off stuff on the way from the satellite to the rover antenna, the earth’s atmosphere can ‘slow’ the satellite radio signals as they pass from space 20,200 km above down to the rover on or near the surface and errors in receiver software and hardware can all add up to decrease the accuracy of the 3D position at the rover. Thankfully we can assume that these sources of error are the same for the base and the rover as both are usually within the same geographical location and using the same satellites above. So, we broadcast the base corrections to the rover in ‘Real-Time’. As the rover is usually moving it is ‘Kinematic’ – RTK. Without RTK corrections rover positions (e.g. surveyor, autonomous vehicle, aircraft) are accurate to the order of metres (m) but with corrections applied we can get centimetre (cm) accurate positions, and is especially useful when it comes to calculating an accurate height (e. g. Orthometric Height or Height above local Mean Sea Level)

When I started surveying in the early-noughties with RTK technology we used a low power radio module attached to the base station to broadcast the positional correction to an identical radio module attached to the rover.  Now we use the Internet and mobile phone networks (3/4G) to broadcast the corrections across the ‘Baseline’ between the rover and the base station.  Removing the reliance on local ‘personal’ radios to broadcast base station RTK corrections has increased the length of our baseline distance between the two, but we don’t go so far that we start tracking different satellites between the rover and base!  An added benefit of attaching our base corrections to the internet is we can ‘share’ the corrections with anyone who has the internet address of the base corrections, all they need is a RTK compatible GNSS rover.

Where do RTK rovers get a correction now?

Traditionally surveyors relying on RTK corrections traveled around with their own personal base stations. When completing coastal erosion surveys for example I would setup the base receiver on the highest dune or in a friendly local garden and broadcast the corrections via a radio. Later the radio was replaced by mobile phone and data SIMs at each end, but we still had to setup a base station. Now we use a technology called Network RTK or NetRTK.  NetRTK provides instant access to RTK corrections using a regional internet connected network of fixed and permanent base stations, commonly called Continuously Operating Reference Stations (CORS). In Northern Ireland the Ordnance Survey (OSNI) manages this GNSS receiver network and registered users connect to these corrections depending on their location within the network and the GNSS receiver type/make.  Most professional ‘survey grade’ GNSS rover receivers use two main ‘precise positioning correction’  network techniques called Virtual Reference Stations (VRS) or Master Auxiliary (MAX). In fact NI, GB and ROI has one of the densest GNSS CORS Networks in the world and it is an integral part of our Geospatial Economy. 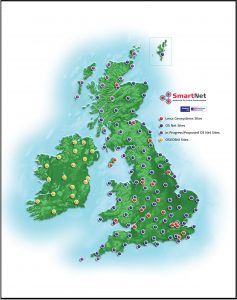 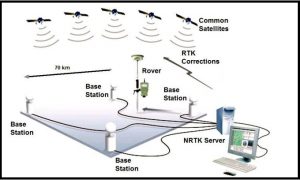 How Do we use NetRTK?

NetRTK, sounds great? Ok it is! Here at the Centre for GIS and Geomatics we actually host a NetRTK CORS for the OSNI called QUB_1 and our students and staff use RTK corrections from the OSNI for research, education and training in areas covering Geography, Land Survey, Archaeology, Engineering and Environmental Science.  QUB_1 generates corrections that feed into the NI Network for Greater Belfast and users include, surveyors and GIS professionals in the NI Civil and Policing Services e.g. the Rivers Agency, PSNI, Agriculture, Environment and Transport divisions. ‘Private’ individuals including commercial surveyors can access the service through commercial vendors who manage paid user subscriptions to this very accurate correction service. So what about the ‘public’ who might find a RTK feed useful e.g. environmental and historical community groups, NGO’s, citizen mappers, farmers, makers and developers? We have been working on this very idea! 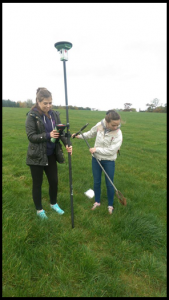 The rise of the Internet of Things (IoT) has lead to the development of low cost sensors and devices that we can connect directly to the internet and access measurements and data being recorded.  As a result a number of relatively low cost RTK enabled GNSS IoT receivers are becoming available.  One of these is the Emlid Reach ‘Single Frequency’ GNSS receiver that can be purchased as a small receiver computer board connected to an external antenna (perfect for a CORS) or as a pole/vehicle mounted ‘smart antenna’ which is more suitable as a RTK rover.  Both receivers can generate and receive RTK corrections, then broadcast data over the internet, WIFI and/or Bluetooth. They can be setup using a mobile phone phone app and coordinates surveyed, visualised and a logged on the receivers for download to other Geospatial technologies e.g. Mapping in a GIS, or the ‘live’ RTK corrected positions can be fed to navigational hardware and software to improve location accuracy e.g. UAV/Drones, Autonomous Robotics and Vehicles, Precision Farming practices. 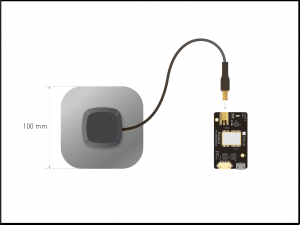 At QUB, this is exactly what we have have done! The Centre for GIS and Geomatics here has installed a Reach GNSS, computed the Latitude, Longitude and Height (Geographic) of the attached external antenna on our roof (Elmwood Building, Geography), assigned a ‘public’ web address and set the receiver to broadcast RTK corrections over the web.  Anybody with a compatible RTK rover GNSS can connect to the corrections, apply them and improve the accuracy of their positions.

In Part 2 we will look at how to do this, publish the OpenRTK web address, show some results of applying the correction feed to positions, cover possible public applications and discuss some of the limitations to the corrections that users should be aware of.

We are excited to see how the community will use OpenRTK and hope that this project publicises the role of Network RTK  in society, introduces a  Geo-technology to a wider audience and promotes our local Geospatial expertise here in Northern Ireland.

One thought on “Where Am I Now? Developing an Open RTK GNSS Positioning Service for Belfast. Part 1”