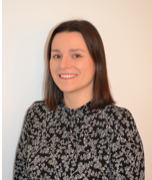 Following the launch of our celebration of International Women’s Day 2021 with a guest lecture from Cathryn McWilliams, we are delighted to host this accompanying blog post. A Queen’s graduate twice over, Cathryn is currently a humanities researcher at Åbo Akademi University, Finland and has held lecturing positions at the University of Oslo and the University of South-Eastern Norway.

Mary Ann McCracken (1770–1866) has become something of a Belfast icon over the course of the century and a half since her death. During her 96 years, Mary Ann demonstrated leadership through a variety of political, historiographical, educational and philanthropic activities. From her involvement with the United Irishmen and her preservation of their memory to her Presidency of the Belfast Ladies’ Anti-Slavery Association, Mary Ann has proved an influential figure in many spheres. On International Women’s Day and in this, the 250th anniversary year of her birth, what better time to delve into QUB Special Collections in pursuit of Mary Ann?

Mary Ann McCracken was a keen promoter of the cultural revival of Ireland’s ancient poetry, language and music, most notably assisting her close friend Edward Bunting (who had been welcomed into the McCracken household at the age of twelve in 1784 and where he remained until 1819) with the gathering and processing of materials for his collection of ancient Irish airs. Evidence of her involvement can be found within the library’s Bunting Collection in the form of a music notebook which bears the following inscription:

Various Belfast street directories confirm that Waring Street was the site of Mary Ann and her sister Margaret’s muslin business at this time, however it is unclear whether or not the siblings were living onsite.2 Indeed, in turning to the McCracken correspondence we find a letter from Bunting to Mary Ann at this address, dated 8 March 1809.3

A complete transcription of the thirty-eight page manuscript can be found within Colette Moloney’s The Irish Music Manuscripts of Edward Bunting (1773–1843): an introduction and catalogue.4 Moloney describes the notebook as “a fair copy of airs and hymns written by scribe G (Mary McCracken),” wherein the “mainly English” hymns run from the front of the book, while the Irish airs run from the back.5 The above image falls within the latter category, being the final page of the tune Caun Duive Deelish, and bears the aforementioned inscription, alongside a doodle and other verbal and numerical marginalia.

Reflecting on Mary Ann’s contribution, Moloney states that “the source of these tunes is uncertain; it is unlikely, at any rate, that Mary McCracken had sufficient experience with notation to have transcribed them from live performances herself. It is more plausible that these tunes were copied from manuscripts or books or that they were part of her repertory.”6 Whatever the case, Bunting evidently trusted Mary Ann’s abilities, as is affirmed throughout his letters to her, twenty-three of which can be found within Charlotte Milligan Fox’s Annals of the Irish Harpers.7

Although no extant correspondence of theirs can be found within the Bunting Collection, several of Doctor James McDonnell’s letters do make reference to Mary Ann McCracken. A trained harpist, McDonnell was the chief organiser of the 1792 Belfast Harp Festival and a founder of the Irish Harp Society in 1808. On 16th August 1840, McDonnell wrote to Bunting,

“the only harp-maker in Belfast is the one who made Pat Murney’s which you heard. I think it was eight pounds it cost, and I was the Paymaster. There are some ornaments upon it. If you desire it, Miss M’Cracken and I might superintend the work and pay him as he proceeded for he is poor.”8

In another letter to Bunting a month later, McDonnell wrote,

“I enclose you nine pounds, and have given to our friend Mary the odd money for the six copies of your book that I had for sale – it is a great pleasure to see it completed.”9

The book was of course Bunting’s 1840 publication, The Ancient Music of Ireland, Arranged for the Piano Forte.10 Fox referenced this extract: “Dr MacDonnell and Miss M’Cracken help its sale,”11 leaving us in no doubt as to the “Mary” in question. Finally, in an undated letter, McDonnell informed Bunting,

“Your friend, Mary, is going on with her old capers — if she does not get to a good berth in the other world, there can be no good in good works.”12

This reference to Mary Ann’s charitable acts (or her “various avocations”13 as she referred to them), grants an insight into how her contemporaries viewed her.

Shifting our focus from the Bunting manuscripts to the library’s collection of rare books, we find a first edition of Edward Hay’s History of the insurrection of the county of Wexford, A.D. 1798 (1803), which bears the signature “Mary Ann McCracken” upon its title-page. This book is one of 3000 copies sold at the time. According to his biographer Margaret O’Hogarty, Hay’s account of the Wexford rebellion was “clearly sympathetic towards the ‘intrepid’ rebels, but critical of sectarian violence,”14 a position Mary Ann herself would have entertained.

Another valuable resource when researching Mary Ann’s life, can be found in QUBSC’s McNeill Papers (MS39). Mary McNeill’s biography, Mary Ann McCracken 1770-1866: A Belfast Panorama, was first published with Allen Figgis in 1960. It was subsequently republished with Blackstaff Press (in 1988 and 1997) and most recently with Irish Academic Press in 2019.

The McNeill Papers are principally comprised of letters between Mary McNeill (or Molly as she was known) and her sister Peg who lived in England. Those letters spanning the 1950s, allow us to trace McNeill’s research for the book. We learn that in January 1950 she was reading the old minute books of the Belfast Charitable Society and by October 1952 she was pursuing Mary Ann McCracken in earnest. In 1953 she wrote that she was frequenting the Queen’s university library in the evenings where she read the microfilmed McCracken letters provided by Trinity College Dublin. These microfilm letters can now be found within PRONI’s McNeill Papers (D3732/3/12). With the bulk of the text complete by 1956, McNeill turned to the book’s visuals.

In a letter dated 13 May 1956, McNeill wrote to her sister, “I went to the Record Office in Edinburgh, found the relevant will and discovered that various McCracken miniatures and bits of jewellery were left to an Aitchison man who, in 1927, lived in Blomfontein.”15 Just over a month later, McNeill gave her sister the following progress report:

I thought I’d try a letter to a Bloemfontein paper and also the Cape Times, and believe it or not within a fortnight of my posting it have I had a reply from the very man I was wanting to contact – the owner of the miniatures. There are 5 McCracken miniatures including: one of Mary Ann and one of M.A and her niece – and three unidentified ones.16 Mr Aitchison said he was perfectly willing for me to have them photographed and implied that he would arrange it for me.17

The owner of the miniatures was Hugh Christopher Aitchison, a descendant of Mary Ann McCracken’s step grandniece, Mary McCracken Aitchison (née McCleery). He was as good as his word, as is confirmed in McNeill’s letter of 30 December 1956: “the photographs of the McCracken miniatures in Bloemfontein arrived in the beginning of December – they are most amazingly interesting.”18 Her elation at the find is palpable: “I wish you could see Mary Ann aged 30 with little Regency curls across her forehead and a dog’s head resting on her arm, and beside her Harry’s little daughter. It’s absolutely priceless Peg and nobody here knows anything about them.”19

These papers also give us an insight into the biography’s reception. Two years after its initial publication, McNeill informed her sister that “over 1000 copies were sold in the first year, which, economics apart, is, I think, rather staggering.”20 This would suggest that there was considerable public interest in Mary Ann McCracken’s life even then. Indeed, the biography was by far McNeill’s most successful publication and has remained the work from which most modern citations of McCracken’s letters are drawn. In compiling a fully annotated scholarly edition of Mary Ann McCracken’s letters, I have attempted to expand upon and complement McNeill’s work, in the hope that in another 250 years, Mary Ann’s voice will still be heard.

10 Edward Bunting, The Ancient Music of Ireland, Arranged for the Piano Forte (Dublin: Hodges and Smith, 1840).

14 Margaret Ó hÓgartaigh, “Hay, Edward,” Dictionary of Irish Biography: From the Earliest of Times to the Year 2002. Cambridge: CUP, 2009.