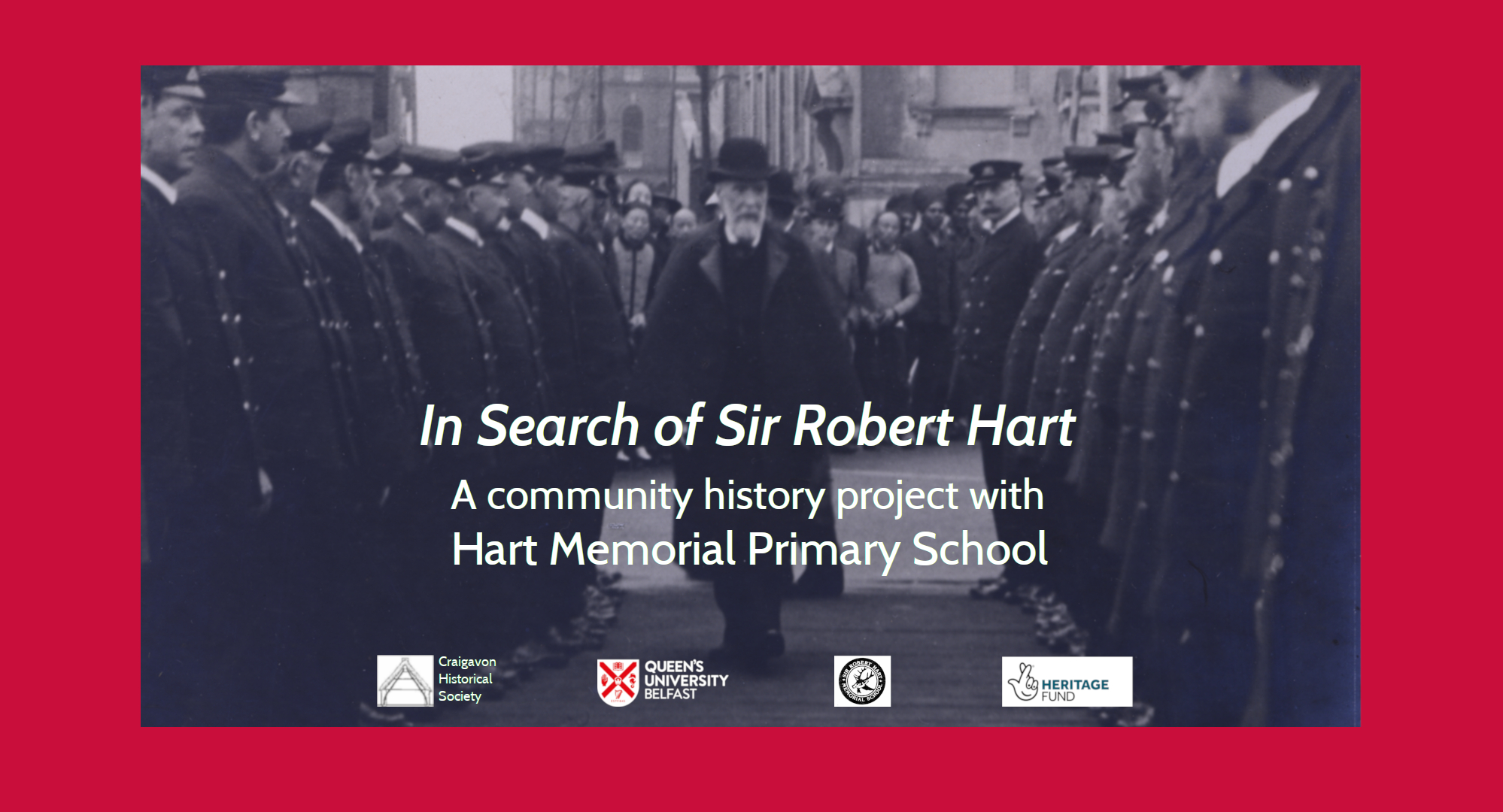 An NLHF-funded project (2018-2019) supported Primary 7 pupils at Hart Memorial Primary School to learn more about Sir Robert Hart, and to tell his story through making a pair of documentary films.

Hart Memorial Primary School opened in Hart’s birthplace of Portadown in 1935, nearly a quarter-century after Hart’s death in 1911.

The Hart Memorial P7s of 2017/18 produced a twelve-minute short documentary about Hart.

In 2018/19, two classes of P7s at Hart Memorial developed the project into an extended thirty-minute film. From November 2018 to May 2019, the P7s of Hart Memorial Primary studied not only their school’s namesake but also Chinese culture. The pupils came to Queen’s in 2019 to interview researchers including Emma Reisz and Aglaia De Angeli for their film, and to view the Hart Collection at Queen’s.

Katie Leeper’s blog post about the project has more.

About the film: In Search of Sir Robert Hart

The half-hour documentary film made by the Hart Memorial pupils, In Search of Sir Robert Hart, tells the story of Hart’s journey from Portadown to Beijing. The film will be premiered at the Queen’s Film Theatre on 31 May 2019.

In Search of Sir Robert Hart is intended not only to increase knowledge of Hart in Northern Ireland, but also to help the children of Hart Memorial develop a deeper understanding of the history of both their school and their town, and their connections to the wider world.

With thanks to CRAICNI and to Special Collections at Queen’s University Belfast.

This project was supported by the National Lottery Heritage Fund.

A research project to explore Sino-Western relations and the life of Sir Robert Hart, 1835-1911.