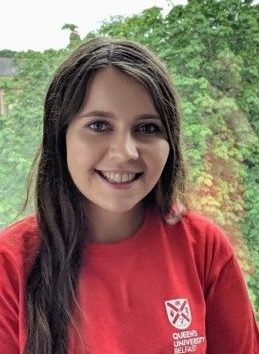 This post has been written by Dr Gemma Cherry, who recently passed her PhD viva. She reports on her PhD study, which explores inequalities in educational attainment between rural and urban pupils.

In educational research, particularly in the UK context, the factor of urban-rural location is rarely focused on in comparison to other more intensively researched factors such as gender, socioeconomic status (SES) and ethnicity. Educational inequalities are well documented, but research rarely considers the urban-rural context in which pupils live and education takes place. In the UK and internationally, urban locations are taken as the norm in educational research and are presupposed when nothing else is stated. This default context overlooks the many children and young people that grow up in rural circumstances and, as a result, we lack an understanding of how these pupils may become educationally (dis)advantaged. Given the dearth of empirical evidence on the relationship between location and pupils’ educational attainment in Northern Ireland (NI), this thesis used a quantitative approach to address the absence of knowledge by drawing on novel administrative data.

When I began my PhD in the winter of 2016, the only information that was available in the NI context on the link between education and urban-rural location were descriptive statistics, which were published annually by the Department for Agriculture, Environment and Rural Affairs (DAERA). These statistics indicated a rural educational advantage. However, it was impossible to gain a firm knowledge base on this issue from descriptive statistics alone, and it was clear that more detailed research was needed. Furthermore, DAERA only focus on post-primary attainment and do not test the statistical significance of their findings. By overcoming the shortcomings associated with these statistical publications, my thesis represents the first in-depth investigation of the relationship between rurality and educational attainment in NI.

The research utilised high-quality and comprehensive data from both primary and post-primary educational stages that had never been available for research or analysed before. The post-primary data was a linked dataset which matched the School Census, the School Leavers Survey and the NI Census. As such, complete cohort information was available. The primary dataset was provided by Granada Learning (GL) Assessment and represents the first data available in NI that includes information for primary level pupils. Having access to such novel and detailed data provided an opportunity to conduct a more comprehensive analysis and, thus, develop a better understanding of those factors impacting on pupils’ attainment in NI.

In order to examine how urban-rural location influences educational attainment, this research used multilevel modelling techniques and focused on pupils’ outcomes in Maths and English at primary level, and GCSE Maths, GCSE English and the overall number of GCSEs achieved by pupils at post-primary level. Multilevel modelling was the most appropriate method of analysis for the present study as it takes into consideration the hierarchical structure of the education system, in which pupils are clustered within schools.

At primary level, the results provide evidence that rurality has a statistically significant influence on pupils’ attainment in English but not on Maths. Rurality was associated with primary English attainment through interactions with gender and SES background. The findings indicate that rural boys from lower SES backgrounds are a group of primary school pupils who are at risk of lower attainment in English. At post-primary level, a rural educational advantage was present, but the factor of rurality was found to impact on some groups of pupils more strongly than others: for example, pupils from lower SES positions and those pupils that attend non-grammar schools. The results indicate that the gap between urban and rural pupils, at GCSE level, virtually equalises in grammar schools, while in non-grammar schools the gap was found to be much larger (to the advantage of rural pupils). The urban-rural gap between pupils from lower SES backgrounds was also shown to be large, while both urban and rural pupils from high SES backgrounds achieved similar results.

This is the blog of the Small School Rural Community Study, which is being carried out in the School of Social Sciences, Education and Social Work in Queen’s University Belfast.

Click here for a map of the small rural primary schools in Northern Ireland we have identified in our study.

Find us on social media