Hi everyone, if you haven’t met me before, my name is Jessica and I am the Welfare Officer here in the Students’ Union. This year I aim to give more updates and write more blogs on the interesting stuff we are doing in the Union, primarily the things to do with welfare, to keep you updated and involved!

Since starting on the first of July we have been involved in lots of training and planning to make this the best year possible. It’s been super exciting, but not as exciting as the launch of my first official project – Consent Ambassadors. 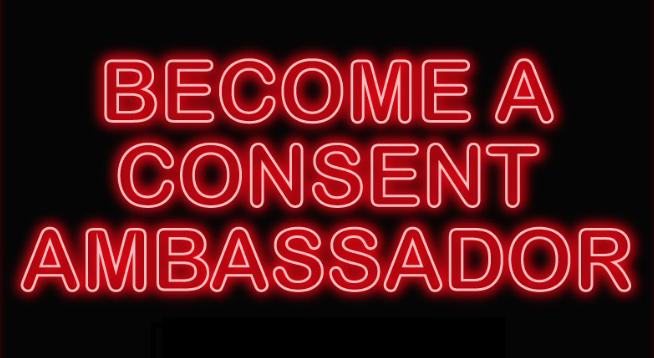 Consent Ambassadors are students (a great bunch may I add) who are interested in the topic of Consent and applied to become facilitators for the Consent is BAE workshops that we will be running in October. It’s something I’ve been itching to get going at Queen’s and also part of a much bigger project across the university in tackling sexual misconduct on and off campus. I hope to see you there!

Last Tuesday (15 August) I had the pleasure of attending the launch of the ‘Stand Together Survey’ results. One that is supported and welcomed by the Students’ Union. I have spent the last year very heavily invested in the project with the 6 students who carried out the research. It was a privilege to be able to speak and represent Queen’s at the event.

It was a fantastic event that showed us statistics on the non-consensual experiences of Queen’s University students. Statistics that fall well within the line of national statistics. It’s not a new phenomenon and we know that, but it still doesn’t stop the results of the survey having an impact.

This research is the first of its kind in the whole of Northern Ireland and also one of the largest. 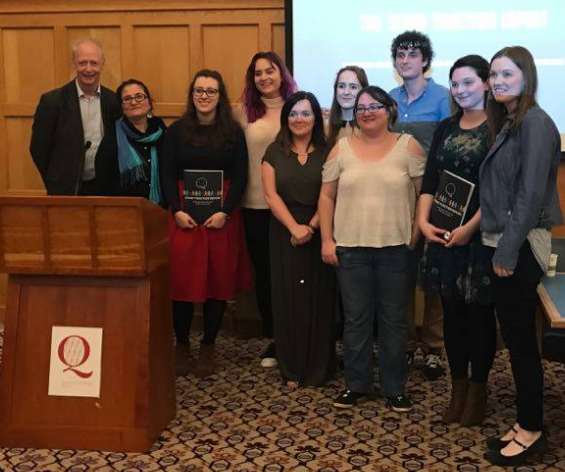 *Picture above of the full SCORE committee and some advisory members

The safety of our students is at the forefront of everything we do in the Students’ Union. All students have the right, not privilege, to live and study in an environment of dignity and respect. One that is free from the fear of harassment or violence.

The findings of this report and its recommendations are now and will always be embedded in the Students’ Union’s campaigns and policies aimed at educating, protecting and representing the students here at Queen’s.

The full report of the Survey can be found here.

If anyone reading wants to find out more, talk about the findings or get advice on support you can give me a ring 028 9097 1002 or email me su.vpwelfare@qub.ac.uk

After Universities UK released their recommendations on tackling sexual misconduct in higher education I had my first meeting with the university. Since then we have made many changes of which I can’t wait to see implemented in the next academic year.

We very quickly set up a working group that had people from all corners of the university represented on it. From wellbeing to accommodation to security and HR. This group will continue to create change in the new academic year and beyond.

As well as having the workshops and ambassador programme, a separate policy on sexual misconduct takes effect this academic year. Although the University and the Union have always maintained a zero tolerance approach to sexual misconduct this is stronger than ever. This year I am pleased to say that a new staff member will be up for recruitment. One that specialises in Safe and Healthy Relationships and, although I disagree with the name of the role, the work they will carry out is vital to ensuring the appropriate support, reporting mechanisms, staff training and recording processes are in place.

I want to finish off this blog by saying Thank You.

Thank You to the students who courageously filled out the ‘Stand Together’ Survey and broke the silence on sexual assault in Northern Ireland.

This entry was posted in Student Officers, Welfare. Bookmark the permalink.