In honour of Transgender Day of Remembrance, MK (a Queen’s Business Management undergrad, former President and current Treasurer of QUB LGBT+ and non-binary trans person) and Con (an English undergrad, former Non-Binary Trans Rep for QUB LGBT+ and non-binary trans person) are taking over the SU Blog for the day to tell you, members of the Queen’s community, how you can be better allies to trans people.

So, without further ado…

5 things you can do to be a better ally to the trans people in your life.

1. Gender us correctly, even when we’re not there.

A really important part of being a trans ally is defending our identities, regardless of whether we’re there or not. This means using our correct pronouns, correcting yourself when you make mistakes and correcting others when they misgender us.

It may seem like really basic stuff, but knowing our cis pals have our backs when we’re not around goes a long way in terms of helping us live comfortably in our authentic identities.

2. Don’t obsess over our bodies.

It seems to be a bit of a cultural phenomenon that cisgender people feel entitled to discuss the bodies of trans people. Whether it’s a really intrusive questions about how we have sex, who we have sex with, our genitals or surgeries, it’s really really uncomfortable for us, and quite frankly it’s none of your business.

We understand that you might be interested or intrigued about us, but a lot of us don’t really want to talk about our bodies with you, or anyone in general. So basically, if you have a question, Google it.

3. Remember that there is not one way to be trans and that trans people are everywhere.

“I kind of find the whole pronoun thing difficult, in a way” one of my (MK’s) cisgender friends told me one night in Lavery’s, “because you’re the only trans person I’ve ever met.”

I’d introduced him to two of my friends that week, both of whom where non-binary. Not only that, but we’d bumped into another friend, a trans woman, an hour before this conversation.

It’s pretty common for cisgender people to enforce a kind of prescribed look or lifestyle onto us, or assume that we live our lives in a certain way, with particular regards to our transitions. There are tonnes of barriers for trans people between their true gender identity and the way they present their gender to the outside world.

For a lot of trans people, binary or non-binary, medical transitions or surgeries are not something we intend to do or even feel the need to do and that does not make any of us less ‘trans’ or less valuable as part of the community.

5. Believe us, even if you can’t personally relate.

Being trans is difficult. For a lot of us it’s new, or confusing, or completely inexplicable, and something that really doesn’t help is having to answer probing questions from cis people regarding what gender dysphoria feels like. A lot of the time we don’t even have the answers to them, and then it’s just uncomfortable for all parties involved. If we tell you something we’re feeling that you don’t understand, just take our word for it, because our lived experience is probably more accurate than anything else. Believe us.

So there we have it. Obviously this isn’t an all-encompassing guide to being a good trans ally, but these 5 points are a good place to start. Remember these and you can’t go too far wrong.

Queen’s Students’ Union has organised a vigil for Transgender Day of Remembrance on Monday 21 November at 6:30pm in front of the Lanyon gates. Everyone is welcome. For more info, click here.

Welcome Queen’s Fresher’s and Queen’s Veterans alike!  You’re in for what is to be a very busy year full of nights out, […]

Next week on Wednesday 2nd December from 2:00pm – 4:30pm the School of Sociology, Social Work and Social Policy and Nexus NI […]

Hi everyone, if you haven’t met me before, my name is Jessica and I am the Welfare Officer here in the Students’ […] 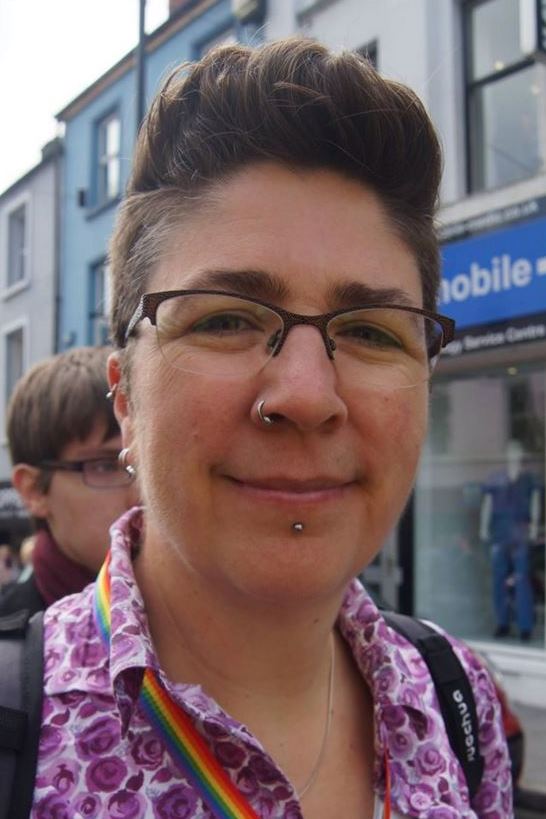 Hi. My name is Sally Bridge and I am based in Borrower Services in the McClay Library, managing the wonderful team of […]