By Jason Chin and Katrina Macintosh 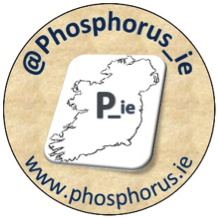 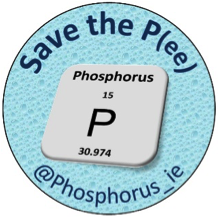 In living things, phosphorus (P) plays a wide range of roles including storing energy in ATP, giving membrane phospholipids their hydrophilic head, regulating the activity of many proteins and more. These functions mean that P is crucial for all living things, and as such it is an essential nutrient in global food webs. This leads to one of the largest anthropogenic uses of mined rock-P: agriculture. Growing crops and raising animals requires intensive agriculture, which wouldn’t be possible without equally intensive fertiliser use, and fertilisers are where the majority of mined rock-P is utilised: 22M tonnes of P rock is consumed as fertiliser in Europe alone per annum. P is also used in the food, pharmaceutical, chemical, and electronics industries. This demand for P has led to the exploitation of non-renewable rock-P resources on an enormous scale, causing concerns about how much longer we can sustainably mine this resource. Global P reserves are finite and, while timelines for ‘peak P’ are under debate (current estimates suggest reserves may last for 50-300 years), it is clear that the rock which remains is of lower grade, contains higher concentrations of toxic heavy metals and is more difficult to access, which increases the costs and environmental impact of extraction.

Our need for P is further exacerbated by the expected 40-50% increase in fertiliser usage over the next 50 years, required to feed an ever increasing global population. To make matters worse, the majority of P reserves are in just a few key countries: Morocco, the USA, China and Russia are responsible for more than 85% of the worldwide rock-P production, with almost no rock P reserves within the EU. The European community, which has for many years viewed itself as a food secure region, recently recognised its high vulnerability to P scarcity: phosphate is one of 20 entries on the EU ‘Critical Raw Materials’ list. Decreasing rock-P quality and dwindling resources are reflected in the escalating price of P: during the 2008 economic crisis the price of rock-P rose by almost 800%, and even though it has since reduced, it remains around three times higher than in 2007. Volatile prices, uneven geographical distribution, and the potential depletion of this non-renewable resource all pose a threat to this critical element for global food security.

Paradoxically, inefficient P use causes severe environmental damage. The application of P fertiliser to agricultural land is inefficient, with estimates suggesting 70%+ of applied P is not taken up by plants but is either sequestered in the soil or washed out as runoff into water bodies where it causes eutrophication. Poor treatment of sewage also leads to the discharge of P into aquatic systems, with the costs of freshwater eutrophication estimated at up to £115 million per year in England and Wales alone. Eutrophication of lakes and rivers results in a decline in biodiversity, lower ecological resilience to secondary environmental pressures (e.g. climate change); increased human health risk associated with the prevalence of toxic algal blooms and pathogens, and significant deterioration in the socio-economic value of freshwater including increased drinking water treatment costs. Freshwater

In conclusion, P is a vital element to the human population and one which requires careful consideration of its future management and sustainability. Over-use of P fertiliser in farm land has created a legacy of soil P which leaches into our waterbodies; we consume a meat rich diet, high in P, which then passes into sewage; and we produce large volumes of organic waste annually as a result of food wastage. Despite P being a non-renewable, environmentally-damaging resource hardly any of this wasted or lost P is currently recycled. To combat this dual issue of P pollution and P sustainability , we need to make a transition from our current, wasteful, linear economy system towards a circular economy, where ‘closing the P loop’ will help reduce P wastage, prevent environmental damage and further change mind-sets in terms of P recycling, reuse and sustainability. 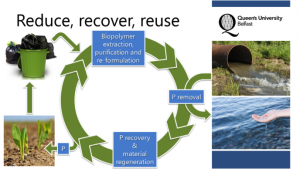 Many different approaches to this problem are being worked on internationally. For example researchers at Queen’s University (in the School of Biological Sciences and School of Chemistry and Chemical Engineering) are working on the development of novel, sustainable sorbent materials for P recovery and recycling. Other technologies precipitate P from waste as struvite, which can be applied as a slow release fertiliser. Improvements to traditional wastewater treatment systems, that have attempted to use bacteria to take up P and remove it from sewage, are also being investigated and trialled – both at Queen’s and internationally. A greater understanding of how and why soil sequesters P is being developed to see if we can reduce P wastage or even enable plants to access this “lost” or “legacy” P. How well these technologies will work remains to be seen, but if we want to feed everyone on the planet, prevent environmental damage and reduce friction between the P ‘haves’ and ‘have-nots’, we’re all going to have to become better at saving our P(ee)… 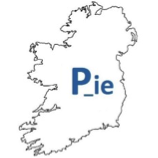