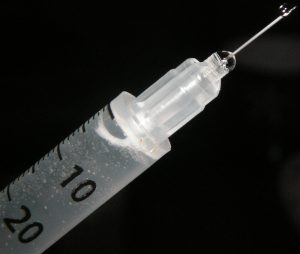 As a child when tempted to take a less than honest approach my parents often warned me “cheaters never win”. I suspect I was not alone in hearing such pearls of wisdom. However, recently the media has been full of apparent cases of cheating. Currently, we have the athletics doping scandal, with claims that a third of medals (146, including 55 golds) in endurance events at the Olympics and World Championships between 2001 and 2012 were won by athletes with suspicious blood test results. The results of the world’s major marathons are also coming under scrutiny, amid claims that the London marathon was won seven times in 12 years by athletes who have recorded suspicious blood results. Cycling provides another classic example with the Lance Armstrong doping scandal, which the sport is still trying to recover from. I write as a fan of both sports and I confess, perhaps naively, that I found the doping revelations shocking. It’s also worth noting that academia is not without some high profile “cheating” cases.

So this got me questioning what does animal behaviour research tell us about cheating? Previously, during my PhD, I did some work on honesty and dishonesty of animal signals. During animal contests, opponents often use prefight displays that may provide a source of information about fighting ability or aggressive intent. Some displays are considered to be a “non-fakeable” index of an animal’s size or condition and thus be accurate. Other displays may vary in intensity and context and are open to potential attempts at deception.

Deception refers to a signaller that misrepresents its true ability in order to bluff a “win” against a potential competitor. However, if all the signallers in a system are attempting to deceive, surely all the receivers would evolve to ignore such signals and the communication system would break down? Indeed, such a scenario was initially predicted in some early models. The situation was then further understood by game theory models that incorporated the idea that displays have costs (e.g. energy use, threat of predation, threat of injury from engaging in a fight) that maintain honesty. Interestingly, more recent models have argued that honest signalling is vulnerable to cheating in the sense that low levels of deception may be evolutionarily stable within otherwise honest systems. However, as cheats have evolved to go undetected, it is a challenge for researchers to reveal dishonesty in the displays of their study species. Nonetheless, studies on crustaceans provide a number of classically cited examples.

For example, during contests over burrows in the stomatopod mantis shrimp Gonodactylus bredini, the meral spread threat display is used, whereby the resident leans out of its burrow and while facing an opponent, raises and laterally spreads its powerful raptorial appendages. This signal is correlated with likelihood of escalated attack, and it usually inhibits attacks by an invader. However, after moulting, these animals temporarily lose their body armour and the use of their raptorial appendages, and are unable to win a contest if they get into an escalated fight. Steger and Caldwell (1983), in a Science paper, demonstrated that some newly moulted individuals actually used the meral spread display a significantly greater number of times than the inter-moult controls. Further, despite the fact these new moults can’t fight, and would lose if attacked, the bluffing display tactic was often successful in deterring attackers. In this system, deception is possible because newly moulted individuals are rare in the population.
Fiddler crabs, Uca annulipes, provide another classic example. Males may lose their original claw, and grow a new one, with the regenerated claw weighing less, being a less effective weapon, and costing less to use in signalling than the original claw. Males with regenerated claws typically lose if they fight those with an original claw. However, the regenerated claw is an effective visual bluff of fighting ability because original males do not differentially fight males with regenerated claws, and mate searching females do not discriminate between the two types of male. Bob Elwood and I also found some hints at deception in hermit crabs, with individuals using displays to apparently exaggerate their abilities.

Returning to humans, it is interesting to note the social intelligence or Machiavellian intelligence hypothesis. This predicts that social complexity, including being able to detect deception, drives the evolution of intelligence. Differences in deception rate between primate species have been correlated with neocortex size, suggesting that deception may have driven neocortex expansion.

Do the animal studies offer any insights to deterring cheaters in sport and other walks of life? Well perhaps they do. Key to honesty in animal behaviour is the cost of displaying. Animal displays typically carry a cost in terms of energy use, threat of predation, and threat of injury from engaging in a fight. Therefore, to deter doping cheats in sport requires severe penalties as a deterrent cost. It seems unlikely that even harsh penalties would deter all potential cheats (especially given the potential rewards on offer). However, could it help maintain (or create) a scenario of general honesty with low levels of deception in elite sport? Penalties are already in place to try and deter cheaters, including bans from competing (are these long enough?), damage to the person’s reputation, loss of financial earnings. Of course, some will argue why bother regulating performance enhancement in sport but that is a whole other debate!