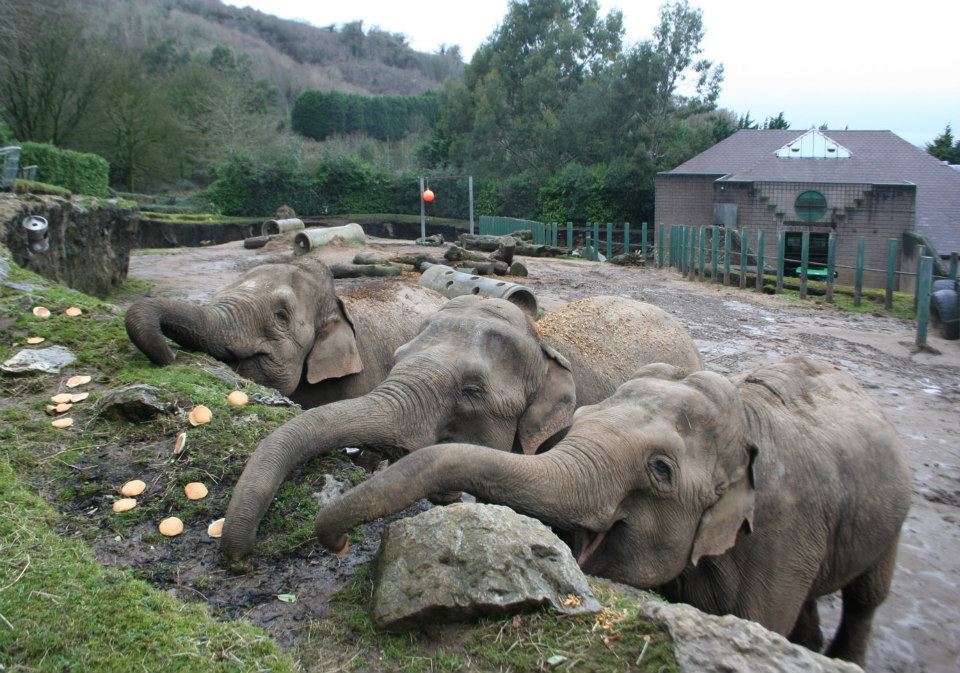 Leading up to World Elephant Day I am brought back to my year and a half working with them. Having studied Zoology for my undergraduate degree, I experienced the onslaught of “So you’re going to work in the zoo?” from friends and family to which I always gave the response “No!”. Little did I know that a mere 6 months later I would indeed find myself in Belfast Zoo.

I measured the body temperature of four Asian elephants by feeding them temperature loggers. Armed with the loggers and (on the advice of the keepers) a bag of minstrels, I was full of confidence that the study would be completed quickly. After all, how hard could it be with such big animals and loggers not much bigger than a penny? Originally the elephants had been trained to open their mouths to inspect their massive teeth. I should have known then that these would be the bane of my existence. One at a time we would throw in some chocolate with a temperature logger when they least expected it. Everything seemed to go as planned, so over the next few days I returned to break up the poo to search for the tiny loggers! After a few days three loggers had been recovered and after 2 weeks the final logger appeared (Tina continued to have slow digestion throughout the study). I then discovered my confidence had been premature, their massive teeth had turned the dainty loggers into miniature crushed coke cans. 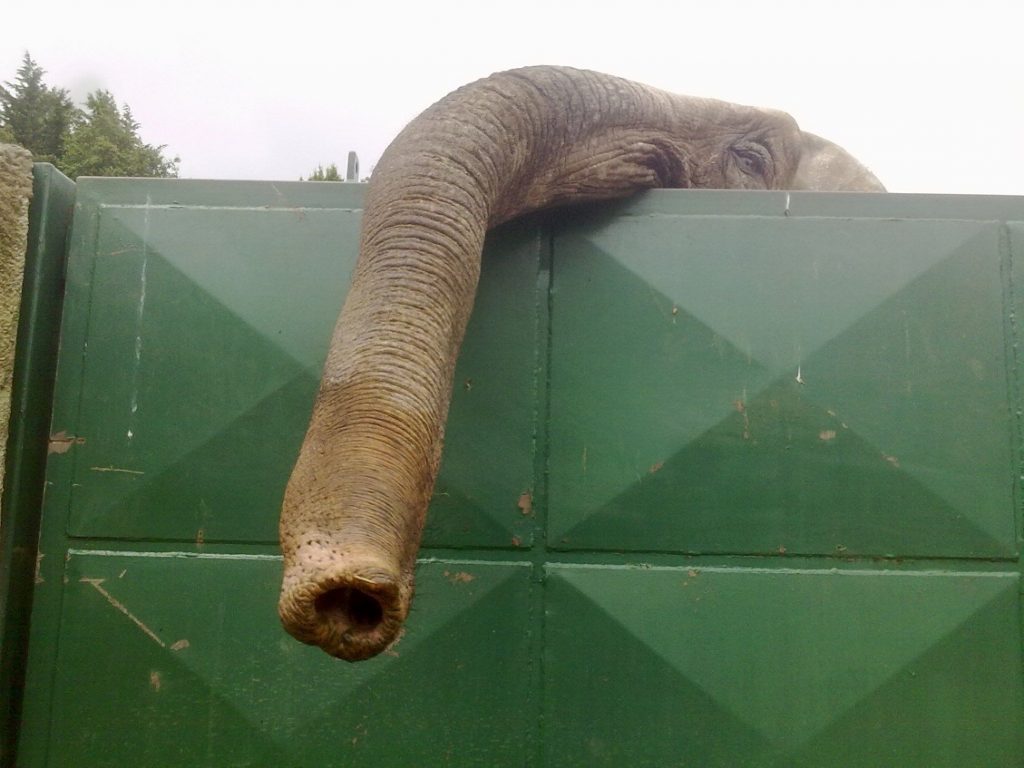 This trend of destruction continued, and each time I would try something new…chocolate, various fruits and vegetables, but to no avail, and adding armour to protect the loggers was fruitless. I think the elephants enjoyed my visits, not for my company (typical) but for the variety of treats I would bring (sounds like the office!). Little did I know that they had tricked me! Rather than eating their treats and swallowing the logger there and then, they had saved the food in their cheeks for a good chew later. Yes, they had outsmarted me but I would not give up.

If food wouldn’t work maybe a drink would? I later discovered that porridge would do the trick. Like goldilocks, each elephant had her own taste – getting blasted with porridge by a displeased elephant was a new experience to say the least. I formulated the perfect recipe for each, not too hot or cold or too sweet, just right. The elephants happily drank their porridge and I went back to searching – though not without hazards as I regularly found Tina reaching over the gate for my hood. After months of failure and several hundred skips worth of elephant poo later I finally found success in the final two weeks of my masters and continued the work into the first year of my PhD.

In my time at the zoo I had the opportunity to see the work the keepers carry out behind the scenes first hand. It is easy, if not fashionable, to condemn zoos but to see the work behind the scenes, and see the care and dedication that goes into caring for these immense creatures brings newfound respect. Belfast zoo is a retirement home for non-breeding females, with special attention to those with troubled pasts. Of the four, Tina (their longest resident) was 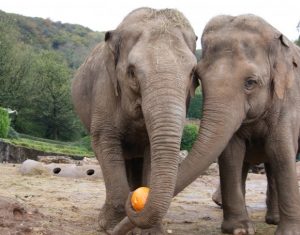 bought from a pet shop, Yhetto was rescued from an Indonesian logging camp, with Jenny and Dunja rescued from the circus. These animals all have their own unique problems due to their pasts and would not have been able to return to a normal herd. The care bestowed on them by their keepers has seen these behavioural problems diminish and these animals are no longer chained, or forced to perform to earn their keep. Sadly in 2013 the oldest of the four elephants (Jenny) passed away due to cancer, and the genuine sadness expressed by her keepers only further demonstrated their deep affection for her. Indeed they had lost part of their family. Jenny spent the final years of her life in a sanctuary which gave her a second chance at life, and with her passing a new troubled elephant (of which there are far too many) may get her second chance too. Some criticisms of zoos are fair and it is all too easy to focus on the negative, it is rare however that their positive aspects are reported with the same vehemence.

I will always respect the dedication and compassion of the keepers at Belfast zoo in caring for these troubled elephants, just as I will always remember with fondness the time I finally outsmarted an elephant!