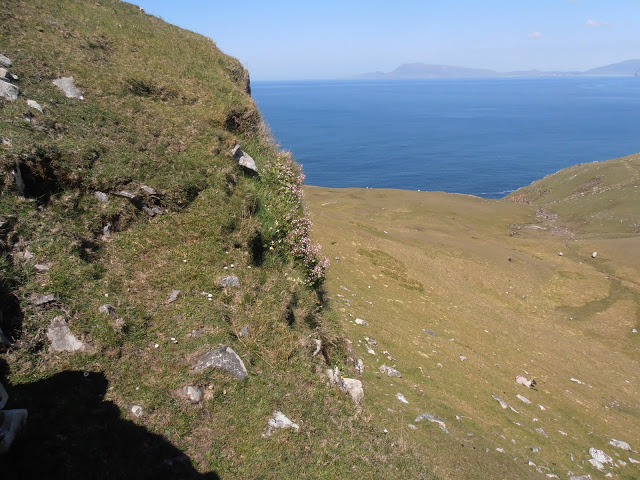 In the Introduction to her 2011 book The Making Of Ireland’s Landscape Since The Ice Age, Professor Valerie Hall recalls that during several public talks and lectures, she was often asked what books she would recommend on the same or related topics.  “My answer never varied”, she states, “The Way That I Went, published in 1937, the magisterial work of the botanist Robert Lloyd Praeger, and Frank Mitchell’s The Irish Landscape, the first edition of which was published in 1976.”  The first of these has recently been republished by The Collins Press, and is indeed a wonderful tour across the island of Ireland, in almost equal parts travelogue, biography, geology, archaeology and natural history, with an excellent Introduction by Michael Viney of the Irish Times.

Praeger, arguably Ireland’s greatest naturalist, was born in Hollywood, County Down in 1865, and studied Engineering at Queen’s College, Belfast (now QUB).  He later moved to the National Library in Dublin, and was subsequently elected President of both the Royal Irish Academy and the British Ecological Society.  He has been described as “… an engineer by training, a librarian by profession, and a naturalist by inclination.”  The Way That I Went describes five years’ worth of weekend outings around Ireland to study the flora, fauna, geology and archaeology of the island.  Praeger did not own a car – he frequently stresses how over-rapid travel is generally counter-productive to natural history – and his general modus operandi was to take an early train to his “base”, then walk around 25 miles each day, with an overnight stay at a convenient location (some locations less convenient than others, such as a tin-roofed hut in the pouring rain, which in turn was preferable to a “guest house” where breakfast consisted of cold potatoes and whisky, after which Praeger left his money on the table and escaped through a window), followed by a late train home on Sunday.  The book is filled with wonderful descriptions, anecdotes and advice, such as a recommendation to take several candles to put in one’s hat whilst swimming in underground caves, and the value of boats as makeshift tents when enforced into an overnight stay on an island.  Indeed, there are several eventful boat trips, including an expedition to Rockall where several nights were spent in a boat during a gale, with the party completely missing the outcrop at least once through difficult navigation.

As a confirmed armchair naturalist (as most who know me are aware), it was a pleasure to “travel” to several of our study sites from previous research projects, including notes on the Lusitanian Flora of Galway, Cork and Kerry, which greatly interested Praeger, but which he mistakenly believed had persisted throughout the Ice Ages in situ (see Beatty & Provan 2013, 2014 and Beatty et al. 2015 for the real explanation for their unusual disjunct distribution).  Likewise, Praeger’s record of the rare Yellow Marsh Saxifrage on the Garron Plateau in County Antrim (there are currently only thirteen plants) led to his collection of several samples in the early 20th century, which we subsequently genotyped to determine loss of diversity over time (Beatty et al. 2014).  His picturesque descriptions of various locations across Ireland almost made me want to get myself a pair of walking boots and try and overcome my aversion to heights … but I think I’ll be more than happy to settle for this book, and leave that sort of stuff to others in my group. 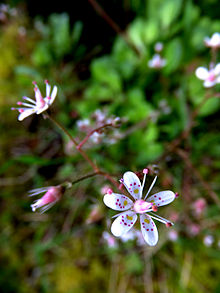