On Friday 16th March, I was lucky enough to have an invitation to attend Qulture Shock, the inaugural formal for Queen’s University’s International Student Societies, and it was absolutely incredible.

At 6.30pm, there was a bustling queue outside Whitla Hall, and the atmosphere was buzzing! Once inside, guests were greeted with a Welcome banner in countless languages, a photo station with an atlas backdrop and musical entertainment from around the globe. And as I located my seat, I couldn’t help but stare at all the stunning traditional dress I saw around me, from so many cultures that have found a home at QUB.

We were treated to a delicious meal of national delicacies: for starters we were served a tapas of falafel, sushi and kimchi, and for mains we enjoyed a hearty Indian curry. While we indulged in all those fantastic flavours, we were serenaded by an international orchestra of instruments I hadn’t even seen, let alone heard, before! My mind was in overdrive trying to soak it all in.

The evening’s cultural displays complimented each other so well, I felt it really reflected the blend of backgrounds our diverse community creates on campus. We enjoyed a Chinese lion dance, a Brazilian Carnaval, a K-Pop performance, an Indian wedding procession and African Caribbean dancing, to name but a few! Check out some of my favourite snaps from the night below: 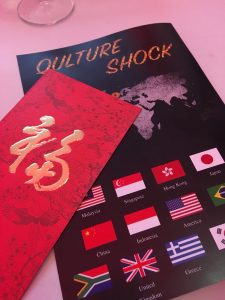 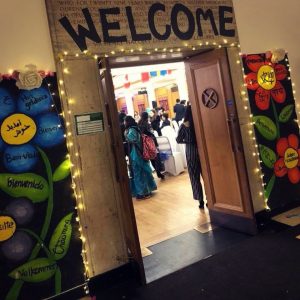 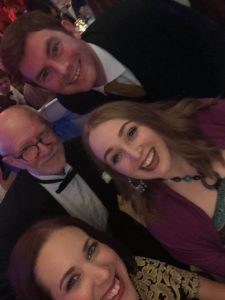 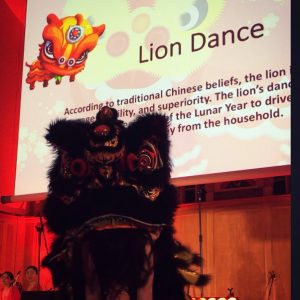 Just three days later, I was on my way to China for some personal culture shock, as this was my first visit! My first impression was of Shanghai, and I won’t forget it; it was like time travel to the future. The buildings were so tall the tops were hidden by clouds, a robot got into the hotel lift with me, and people used their phones for everything – paying for things by scanning a QR code and unlocking city cars with Bluetooth to drive themselves home (and we think Belfast is great for introducing the new Coca-Cola bikes!). But you still find little pockets of tradition, like when you see people transporting huge loads of cargo on rickety bicycles wearing brightly coloured ponchos, or when you eat the best vegetarian food of your life outside a Buddhist temple.

I was in China to work, though – honestly! I spent the next ten days in Hangzhou, Wuhan, Chongqing and Guangzhou, and those days involved visiting education agents to provide training for their recruitment activities, representing QUB at education fairs, travelling to international high schools as part of a UK education roadshow, and promoting postgraduate opportunities and partnerships at a number of universities.

As you can imagine, my schedule was pretty intense, and included a lot of early rises, airport transfers and repacking of suitcases! It does sometimes get hard, and it’s the same for anyone travelling to a new country alone. There’s always the worry that something goes wrong and you have no backup, because you have so many things to plan and check and remember, and on top of that you have all the unexpected aspects of a different culture to deal with. For me, it was the language barrier (which, as an English speaker, you don’t often come up against!), the scary driving with no seatbelts, the habits which are perfectly acceptable in China but considered impolite in the UK (like eating with your mouth open or spitting in public; sometimes indoors!) and the food, which was difficult to navigate as a vegan (vegetable dishes arrived covered in flakes of meat, and chickens’ feet appeared now and again)! But that’s all part of the experience, and for every negative encounter there are three more positive ones, like seeing people get really excited about your ginger hair.

My trip left me wondering what our international students’ first impressions are of life in the UK, and how they must feel when they travel here for the first time. It’s amazing to see them doing so well here on campus and sharing their customs at events like Qulture Shock! My new job is going to be a huge learning curve and I’ve got a long way to go, but for now I can say it’s a lot of fun and I’m proud to be offering those international opportunities, and making Belfast an even more diverse place as a result. 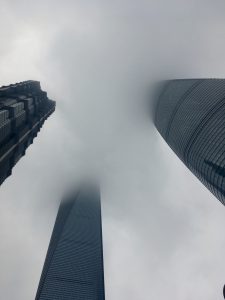 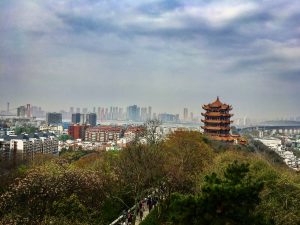 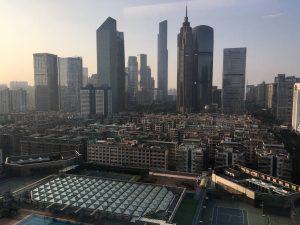 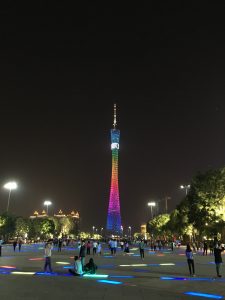 Ciara Murray is an International Officer at Queen's University Belfast, managing student progression from INTO pathways onto Queen's degree programmes. Her blog aims to share her personal experiences living in Northern Ireland, working at QUB and travelling the globe.