I don’t believe my eyes

How does one know video content is legit with all the content that gets shared on social media? This week, we asked Tony McGovern to give us an overview of deep fake and shallow fake videos.

Here’s what Tony has to say.

Everyone enjoys scrolling through social media. You see a video that really changes your opinion about a person or topic. Well, it has to be legit right? How can that information not be true, I mean it’s been caught on video? Very easily! I would like to introduce Deep Fake and Shallow Fake videos. These fakes are altering videos to misconstrue the facts to intentionally mislead viewers. This discredits the person in the video and affects public opinion and confidences.

Video has been around for decades, as has special effects. Once upon a time, only movie makers with big budgets had the power to create unbelievable moving visuals under the realm of storytelling and entertainment. Audiences knew these recordings were not real-life and were amused with the ‘moving image’ and special effects.

Simulated videos can be used in therapy, in todays context, to help people play out scenarios and overcome trauma. These videos are created for therapy use.

Dangerous scenarios and/or historical eras can be simulated in video in education. It might not be possible in terms of time, finance, ethics and opportunity to give students real-life learning but video can help make up for this. It’s a lot safer and can be consumed by mass users.

Video can make content more engaging and have huge potential for learning purposes in and out of the classroom.

The movie industry have been creating movies for a long time. In some instances, this industry has been transposing actors into movies. Movie buffs can view their favourite actors in movies they never actually starred in, i.e., Will Smith in the Matrix. It might only be a matter of time where movie consumers can choose the leading actors in the movies they want to watch. Or indeed be in the movie themselves.

Specialist video / recording software was once only used by the movie industry. Over time and technical breakthroughs, software has become cheaper and more accessible. Video techniques / special effects are easier to achieve.

Some software allows peoples’ likenesses in videos to be replaced and the deep fake is born. Here, one person’s face can be merged onto someone else’s body, a different body. These videos are extremely realistic and difficult to tell they are fake.

Deep fakes have potential to cause a lot of harm.

These videos (deep fake) are often used to spread false information. They can be incredibly damaging to a persons reputation (i.e., Mark Zuckerberg video). Celebrities and well respected public servants can be affected by deep fake videos. Their likenesses can be transposed onto actors in adult movies to humiliate that person.

Not only can deep fake videos affect elections and/or show candidates in a bad light. Videos of political figures can and have been manipulated to cause harm. These can alter public opinion, cause mass panic and affect confidence levels in government and other public services.

If you’ve read this far, deep fake videos sound bad but they can have a positive effect as well. The same software and techniques for deep fakes are currently being used to animate historical images, bringing life to old photographs.

What are shallow fake videos? Shallow fakes use editing to alter a video. These videos use less technical skills and more ingenuity to get the desired result. Shallow fakes sometimes are not even edited, they are simply mis-labelled putting the content of the video into a different light. For example, saying the video happened in a different time or location could change how the video is perceived.

Shallow fakes need only the simple editing tools you get on your smartphone to edit a video. Editing techniques can change the context of the video.

Editing might include slower playback to make a persons speech seem slurred. This affects peoples opinion of the person and makes the person less credible with their message (i.e., Nancy Pelosi)

Editing and altering video footage to change what happened gives the shallow fake even more creditability, since the video was real to begin with. Viewers may think Shallow fake videos are more real as they seem convincing. Shallow fakes can be limited by the content available and what the person can do with that content.

Basically, it comes down to the editors intention to mislead audiences and lack of ethics.

We’ve all heard about mis-information and it’s rife in todays world.

Deep fake is a new term which has quickly grabbed attention by how videos and likenesses are abused. There is no denying deep fake technology can do some serious damage to a persons reputation in a number of ways and can cause untold damage. Both to the individual and the public.

This videos are believable due to the realistic outcome. The technology can do great things and have good influence if used correctly. However currently this software is something to be wary of and will keep us second guessing any video content we see, now and in the future.

Of course, there are things to watch out for in deep fakes. The person’s mannerisms, intonation and the odd glitch, i.e., video freeze and/or the likeness not looking 100% correct. If it doesn’t feel and/or look right, check the source and see does similar content exist from official sources.

Shallow fake videos are an old trick which still stands to the test of time. This simple editing and manipulating of video content has been used for a long time and shows no sign of stopping any time soon.

Whilst simpler to make, shallow fakes are harder to produce due to the lack of content available as footage needs to exist to be used and/or manipulated. These edited videos are believable due to the footage actually existing, giving the air of creditability to the final edited video.

Don’t believe everything you see and hear, check the information from a few credible sources. 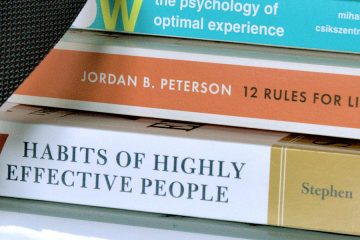 Last week and the week before, the Tech Review looked at Speechify and Natural Reader. We decided another option should be reviewed and this was the task we challenged Tony McGovern this week. He chose Read more… 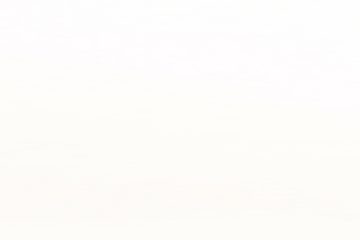 Following on from our last tech review: Speechify. We thought it only fair to give some other examples of text to speech services. This was the task we set for Tony McGovern and this was Read more…