We are now in November and last week we looked at Duolingo as a learning App and it’s benefits. This week, we turn our attention to TED Talks.

What are TED Talks?

TED talks began at a conference in 1984 for Technology, Entertainment and Design. These were initially short talks of 18 minutes or less to convey ‘ideas worth spreading‘.

TED talks have not changed much from the original format.

How did they begin?

Initially, TED Talks lost money and it would be 1990 before another TED Conference was to take place. However it did and it was in Monterey (California) and seemingly, this time the world was better prepared for the event.

Back then, TED was an invite-only event and if you’re name wasn’t on the list, you didn’t get access. Currently people are encouraged to attend TED Talks.

The purpose of TED is to educate and inform global audiences in an accessible manner. By making TED free, it makes the ‘ideas worth spreading‘ viable and accessible.

Presenters at TED have a chance to share their ideas and visions with global audiences. These speakers are well-known and at the top of the career. Talks are inspiring, and most likely, they run the world’s most loved companies and design the best products that we consume here and now.

TED invites speakers to participate on their world stage. Emerging scientists, thinkers and artists are actively discovered by TED and introduced to the TED community before they are known mainstream.

People like Bill Gates, Bill Clinton and Bill Bernat have spoken about subjects close to their hearts. However, it’s not only the Bill’s on the bill.

Here’s a list of TED Speakers. If you have an interest in Technology, Science, Design, Culture, Global Issues, etc., TED have lists of speakers which can be filtered to each of the aforementioned categories and/or by the TED event per year.

And of course, you can enter a specific topic, i.e., Arts or Medicine, and a list of speakers relating to those topics will be defined.

With TED talks, there is something to peak everyone’s interest and before you know it, you’ll have watched your first TED talk but it won’t be your last. Other benefits of TED talks include:

As students learning, TED talks might motivate and inspire your studies and future career. Additionally, interview techniques and communications can be improved simply by striking up conversation about a speaker or topic that motivates you during interview.

Whilst many TED talks are about success and innovation, there are some about failure as well.

It’s the viewpoint you take of failure. To FAIL can mean to be unsuccessful in attaining a goal. As an abbreviation, FAIL can mean First Attempt In Learning.

The light bulb inventor, Thomas Edison, was famously quoted as saying “I have not failed, I have just found 10,000 ways that won’t work“. Edison also said “Many of life’s failures are people who did not realise how close they were to success when they gave up!“

TED talks on success, failure and the drive to keep on creating, embrace the near win and the unexpected benefits of celebrating failure. It’s good to talk and failure is alright, it’s still a learning experience.

TED has changed over the years. Yes, there’s still a conference. And yes, TED talks are typically the 18-20 minute length. So what has changed?

New initiatives TED Active and TED Fellows Program were launched in 2008. This was to encourage new and inspiring innovators to attend conferences for free.

Also in 2008, TEDx was created, this is a TED platform with events independently organised locally.

March 2012 saw the launch of TED-Ed, aimed at educators through the use of short video lessons. Later in 2012, TED Radio Hour was released.

Where can I see TED Talks?

There are TED Apps available both for Apple and Android devices. Besides this, online users can view TED content via their laptops or SMART TVs. There are thousands of free and accessible talks waiting for your viewing.

And of course, there is a TED Talk Daily which you can subscribe to online. This allows you to subscribe and listen to TED Talks via Apple and Spotify or other podcast services such as:

Ultimately, there are so many ways to connect to TED, it’s a matter of choosing the correct medium for you. Did I mention the Newsletter? Why not sign up and get TED Talks to your inbox?

With so many ways to view or listen to TED talks, there really isn’t a reason why you can’t connect but it does come down to motivation. Do you want to be inspired and fired up about your passion? Do you want to hear about inspiring and innovative ideas? Would you like to hear from inspiring and successful speakers?

If the answer is yes, and we hope it is, then do explore TED and expand your knowledge and ideas in things that interest you. Keep an eye out for TED Events in your area.

Our blog post next Monday will be looking at the Anatomy 3D Atlas for learning and don’t forget, blog posts are now released at noon on a Monday.

Please do join us then to learn more and don’t forget to follow us on Twitter: @MDBSelearn.

Check it out here! http://go.qub.ac.uk/occupancy

Over the last number of weeks, DigiKnow has covered accessibility of various elements which you will use in digital content creation. This includes: Text Visual Information Video Audio Colour alternatives Now we turn our attention Read more… 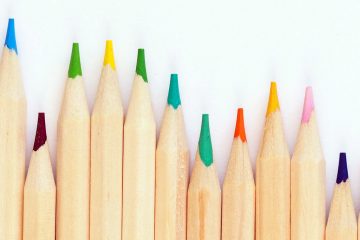 Last week, we covered accessibility and audio for hearing and hearing impaired audience members. We distinguished between closed captions and subtitles and when transcripts should be used. This post can be viewed here: Hacking Accessibility: Read more… 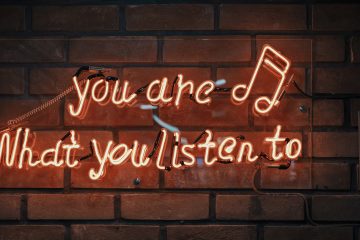 Last week, Digiknow looked at Video and accessibility. Audio is an important feature of video. However, audio can be a standalone resource, i.e., podcast or audio book. Whilst other digital items may be visual, the Read more…