Last week, DigiKnow looked at two slow shutter techniques: ghosting and double exposures. These techniques used slow shutters and tripods. With both techniques the camera was static whilst subjects moved.

In this weeks post, we continue with another two techniques that use slow shutter speeds: panning (background or motion blur) and blurring moving subjects against a static background.

These techniques are used in lower lighting conditions to allow for longer shutter speeds, although solid filters can be used to help slow and lengthen shutters. The length of exposure in this weeks techniques differ.

Again, whilst using Shutter Priority (S or Tv on the Mode Dial), this is a semi-automatic mode and whilst the photographer controls the length of exposure, the camera compensation the F-number for the lighting conditions it is under.

For both of this weeks techniques, users will need either a compact camera (with shutter speed functions), bridge or SLR camera (and a tripod for the second technique).

Let’s have a look at panning and blurring moving subjects.

This is also known as background or motion blur. The word panning originates from the word Panorama which suggests a wide scene where a viewer may have to sweep the scene to take it all in.

Panning is a slow (ish) shutter technique combining movement in both the subject and the camera. By using the camera to track the subject, the background ‘moves’ whilst the subject looks reasonably static. This gives the impression of movement within the photograph.

Here, we handhold the camera for tracking purposes, albeit, typically panning is done on the horizontal plane, realistically panning can be in any direction. A tripod can be used but is not necessary and may impede results.

Using Shutter Priority, reduce the ISO to 100 and set the shutter speed to 1/15 initially (you can change this up faster or slower as you see fit, this is just a starting point).

If subjects are predictable, i.e., you have a cyclist/skate boarder subject whom takes direction well, Manual Focus should be used and set for where the subject will be when photographed.

Manual Focus saves time versus auto focus in-camera. That split second it takes the camera to auto focus could be the make/break of achieving the technique. It also takes practice to get right.

Below you will see two images using horizontal handheld panning. These images were captured using shutter speeds between 1/6 and 1/15. Quite slow.

In SLR cameras, the mirror lifts up for the duration of the exposure (shutter speed). This means you cannot look through the eye piece to track subjects. It’s better to either keep both eyes open and track with the non-camera eye or place the camera against your chin and track the subject with both eyes open.

When tracking, the photographer should be moving their upper body as a static unit moving only at the waist. It also helps to tuck in the elbows to the rib cage for extra stability. This is, however, easier said than done.

If you’re not getting the desired results, why could this be?

Sometimes the result may be a double outline of a subject. This results because the subject has been tracked too fast or slow. The distance of subject to camera makes a difference along with how fast the subject is travelling.

Closer subjects may appear to move faster and results may be better. If the subject is sharper (more detailed) than the background, it’s a good starting point. Also ensure you’re moving in the same direction as the subject.

Moving on to the next technique.

The second technique requires a tripod to keep the camera stable whilst subjects move through a scene. This will use slower shutters and possibly a solid tinted filter to help add time to the exposure. This depends on the available lighting conditions. Shutter speeds can be faster or slower. Do experiment.

Using shutter priority, set the shutter speed to 2″ (starting point only) with a low ISO (i.e., 100). Manually focus for the scene to appear sharp. Use a remote shutter release or self-timer to capture the image (to remove camera shake).

Whilst is shows people moving through a space, it may have been improved at a different time of day, i.e., rush hour would have more people travelling through this space.

This blurring technique can be used in landscape photography to capture the motion of water, clouds, stars, etc., or as above, to capture the movement of people through time and space. It requires a broad Depth of Field and when using slow shutter speeds via Shutter Priority, the aperture automatically closes down to balance exposure. Lower ISO settings also help extend the shutter speed.

Faster shutter speeds will result in less movement. Longer shutter speeds might make people disappear. For example, if someone keeps moving all the way through the exposure, they may not register in the final photograph at all.

When viewing landscape photographs where moving cloud or water is evident, you never see birds in flight. This is because slower shutter speeds won’t pick up moving subjects as long as they keep moving through the scene. If the bird was static, it would appear in the resulting image.

This week, DigiKnow has detailed another two shutter techniques that use slow shutters. These techniques give the impression of movement in very different ways.

In the panning technique, subjects can move slowly but appear to be moving quickly due to the technique. Distance is a consideration as to how much movement is captured.

The second technique can show how busy a space can be and how things move through that space.

Over the last few weeks with shutter techniques, DigiKnow has highlighted that subjects can move, camera parts can move and the photographer can move. A combination of all these movements can be used.

We hope you will join us next week as we move on to some post-production techniques. This will be basic editing and skills to improve image output and we’ll concentrate on these skills over the next few weeks.

This week, DigiKnow looks at Text and accessibility. 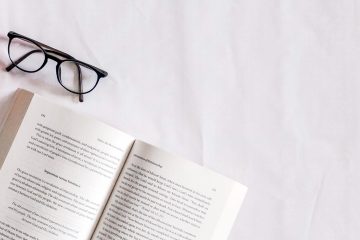 In our previous post, we looked at mindfulness tips to help with using digital tools, screen and digital fatigue. Over the next number of weeks, we will be revisiting accessibility and breaking it down per Read more… 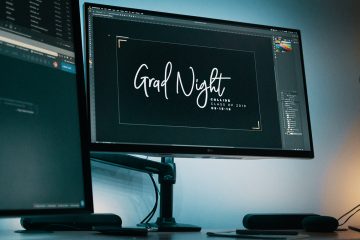 Many of us spend a lot of time working on computers as part of our jobs, studying and our everyday routines. It’s not just computer time, it’s screen time. Screen time also takes into account Read more… 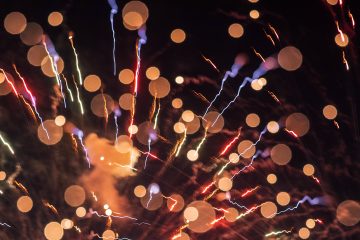 Happy new year and welcome to 2021! We hope you had a joyful and restful Christmas break and now the university has restarted, you are hopefully refreshed (both as teachers and learners) and ready to Read more…