Don DeLillo’s novel Zero K follows the protagonist, Jeffrey, to the deserts of Central Asia in an underground facility called the Convergence that promises to relive humankind from the problems of mortality. After a conversation with his estranged father and billionaire Ross Lockhart, Jeff learns that this is going to be achieved by cryogenically freezing bodies in pods in an attempt to “reduce death to a cultural artifact” (DeLillo) so that the individual may achieve a “pure self” – unmediated by historical processes and entrenched conceptual categories.

At the heart of the Convergence, however, lies a sort of ideological violence.  The readers realise at the same time as the narrator does, that “the dead do not sign up before hand and then die […] They come here to die.” (DeLillo, 96) The escape from mortality then, is necessarily only available through its antithesis. However, death followed by the promise of a more advanced sense of self is not simply a ‘choice’ to “fill in the blanks on the application form” (DeLillo, 76), as the ‘Stenmark’ twins –the brains behind the operation-want the audience to believe. It is pregnant instead, with a politics of control that strips individuals of any agency and leads them to emerge as subjects.

The Convergence claims to deliver the promise of organised religion, “life ahead, beyond the last breath” (DeLillo, 64) without the overt acts of “submission, obedience and worship,” (DeLillo, 65) but it operates through the same structures of authority and power and exerts ideological control through ‘belief’ the way any ideological apparatus does. The audience is free only in so far as they have the illusion of a choice, but they are already saturated by anthropocentric fears and desires that the Stenmarks tap into and that allow the Convergence to exist in the first place. There is no empirical evidence throughout the novel to convince those entering the pods that they will ever come out of it ‘alive’ yet they enter them, funnily enough, to be “born into a deeper and truer reality [where the] senses (thus empirically measurable phenomena) will have to take precedence” (DeLillo, 46). But it is not after the Stenmarks market immortality that the audience chooses to believe it and becomes interpolated subjects – They chose to believe it, precisely because they already are subjects. Belief in the absence empirical proof is the necessary precondition of ideological violence to be able operate upon individuals and collectives. Much like

This is precisely why Stenmarks (largely) succeed in their operation –they present the idea of a ‘post-ideological’ society that is convincing enough because of its inherent lack, its impossibility and thus its infallible success. For “in a universe in which all are looking for the true face beneath the mask, the best way to lead them astray is to wear the mask of truth itself.” (Zizek)

Ideology also operates through surveillance and the excess of simulacra on the screens. There would be something overtly perverse and almost redundant if the images were of past instances of destruction around the world. Instead they show what could happen to those who do not choose to enter the pods. Merely the threat of a future characterized by a lack of control is strong enough to enable visual representation to motivate desired choices. Jeffery wonders at different points in the novel if there are hidden cameras in the facility that monitor the way bodies function. The policing of the body reaches its logical extreme in the pods with the human body “enters a machinery of power that explores it, breaks it down and rearranges it […]and produces subjected and participated bodies” (Foucault). 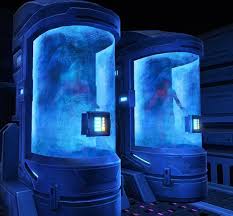 The Convergence not only sells the idea of immortality through ideological violence but, I would argue, it is also inherently capitalist in nature – operating through alienation and objectification. It is not death but the pods that systematically decentralize socially formed identities resulting in a vague form of stream of consciousness that cannot establish its sense of self because recognition by the other is a necessary precondition for man to constitute himself. The bodies are not just separated and atomized but the re-affirmation of Cartesian dualities is so strong that the ‘consciousness’ cannot be certain of the existence of its own body as an ‘other’ against which it could metaphysically justify its existence. These dualities are further established when Jeffery learns that in certain instances the brains are separated from the body to be “colonised by nanobots” (DeLillo, 71). Moreover, any semblance of the self that might emerge out of the pods is completely at the mercy of the Convergence, so much so, that the narrator wonders if what they are looking towards is a “controlled future, men and woman being subordinated, willingly or not, to some form of centralized command” (DeLillo). 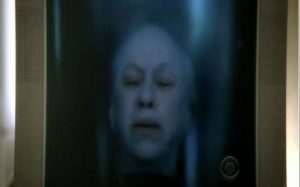 Throughout novel the narrator feels the need to assert his presence and defend himself. This is most obvious when he is in his room saying the name of everything he sees out loud. But “language is constituted by difference” (Derrida), something that DeLillo forces the readers to confront when the narrator recalling his childhood explains how every word in the dictionary only deferred him to the other – then there exists no inherent meaning in signifiers, it is completely symbolic. Interestingly, one of the aims of the Convergence is to access “a language that will help [humankind] express what [it] can’t express now” (DeLillo, 72) and combat its “structural redundancy”. Once inside the pod however, Artis’s ‘consciousness’ struggles to come to an understanding of the self through language, through words, as she tries to ‘see the words’. However the Convergence threatens both Jeffery and her with a radical erasure of identity. It functions as the site of the collapse of the universal boundaries of spatiality and temporality- while Jeff finds himself spatially isolated and experiences temporal blurs, Artis’s body inside the pod, exist ‘outside history’ (DeLillo). The spatial-temporal imbalance no longer allows the self to constitute itself through language because the familiar reference points that construct symbolic order are no longer available. Identity loses itself in the perpetuating gap between the signifier and the signified and the self is no longer complicit in its existence. The question then, that I suppose DeLillo wants his reads to ask is that is whether it is possible to have a ‘pure self’ without knowing what it means to exist.

Eleventh Hour- They Freeze Only Heads, by