This opinion of Colin Williams, a cyber-security expert, on the rise of the technological enterprise epitomises a significant proportion of contemporary society’s views regarding the ‘vital’ significance technology holds for our day-to-day lives. Yet, in a world of growing technological innovation associated with social media, our sense of materiality and the security of being ‘human’ has become increasingly more precarious. Gary Shteyngart’s futuristic dystopia, Super Sad True Love Story (SSTLS) reflects these contentions. It shows the consequences that may arise (sooner than expected) as a result of humanity placing too much importance on technological aid.

For Butler, all human life is precarious in the sense that all lives, “can be expunged at will or by accident,” yet, they are made more precarious by, “living socially, the fact that one’s life is always in some sense in the hands of the other. It implies exposure both to those we know and to those we do not know; a dependency on people we know, or barely know, or know not at all” (14). For Butler, therefore, all life is innately vulnerable.

Shteyngart’s novel underscores how our idea of the ‘human’ is made more precarious by the rise of social technology. With increased social media, our personal self is more exposed than ever, our life now being viewed and critiqued by more people, most of whom we do not know. Lenny Ambrov, for instance, uses a “FAC (Form A Community)” app on his äppäräti to socialise (86). The alienating nature of FAC for those over twenty, however, ironically leaves Lenny feeling more isolated than before. He is, for example, blocked by the language barriers as he is unable to comprehend abbreviations such as, “TIMATOV,” (Think I’m About To Openly Vomit). (56). As such, he is deemed unacceptable in this viral world. In accordance with Berlant’s theory, social media is therefore a form of cruel optimism in that it denies you exactly what it states you will gain: “A relation of cruel optimism exists when something you desire is actually an obstacle to your flourishing” (Berlant 1). Hence, Lenny’s desire to develop relationships by engaging with social media will never become a reality. Although it appears to offer a means of socialising, it is bound by means of exclusion.

Gergen believes that whilst, “Burgeoning technologies did pull us together,” they also, “erect walls between people” (xv). When the sense of identity is removed, i.e., when people post anonymously about ‘virtual’ others, Shteyngart shows the consequential brutality this can lead to: “It’s like a way to judge people. And let them judge you…The pretty girl I had just FACed was projecting my MALE HOTNESS as 120 out of 800, PERSONALITY 450, and something called SUSTAINABILITY at 630” (88).

The characters of SSTLS lose their moral qualms as when they believe they are not interacting with a real person, merely a computer chip, they feel freer to criticise. For Kakutani this idea of, “anonymity has helped enable the dark side of human nature…a culture of sadism gone mainstream” (2010).

SSTLS also underscores how social technology can distort ideas of selfhood. This summarizing of Lenny’s identity into appearance, personality and sustainability (wealth) shows him how he is perceived and valued by others. Hence, his sense of self becomes affected by this online scoring. Moreover, it becomes vital to make the online projection of himself better so that he, the real self, will become better by extension. SSTLS, therefore, highlights the precarity of the self when faced with this blurring of the online and the real.

Social technology allows people to present themselves online however they wish. Eunice, for instance, concedes that, “I gave him a photocopy of who I was, without telling him that I was unhappy and humiliated and often, just like him, all alone” (97). The importance of misrepresentation is also made clear through Lenny: “You’ve got to stop buying books…those doorstops are going to drag down your PERSONALITY rankings” (88). The ‘material’ becomes subsumed by the superficiality of this age wherein, to achieve well in reality, you must first abide by what is deemed successful in the virtual world. Hence, the real self must conform to the artificial. 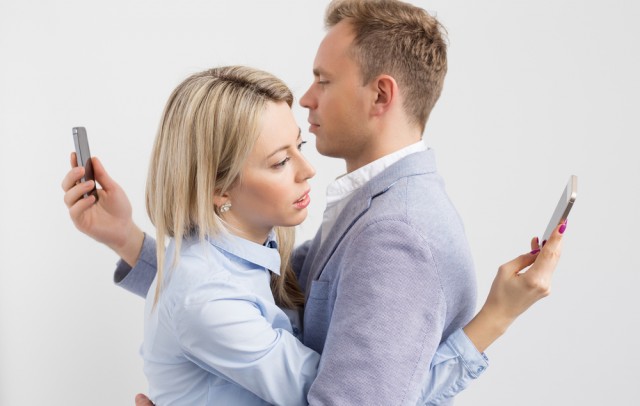 This land of virtual reality also thrives on followers, friends and likes, the result of which is the cost of sustenance. People become obsessed with creating what it perceived as ‘likeable’ and therefore become part of the collective superficial. Lenny’s attempt to be more social by meeting his friends, for example, highlights such issues. To create more followers, they must artificially contrive moments of ‘good times’ rather than actually having any. Amy, Noah’s girlfriend, for example, also goes out of her way to create a profile that is deemed unique and watchable, yet it is to be consumed by the collective, superficial mass: “her signature line: Hey, girlfriend, gots muffintop?” (156).

Similarly, Lanier’s main trepidation with, “The digital hive,” growing larger is, “the expense of individuality” (26). In SSTLS, people become no more than their blog name, an anonymous figure we never meet. Eunice’s friend on ‘Global Teens’ for instance, never becomes more than, “Precious Pony” (42). This collectivisation will also become dangerous as the importance of, “adding to the giant machine where…we have to take out a device and contribute our thoughts and opinions,” creates a, “digital Maosim” (Lanier 7).  Lanier warns that by forgetting there are real people who contribute to collective sites such as Wikipedia, we give power to the virtual ‘presence’ instead of the real people. By adhering to this idea of the site’s omnipotence, we make it into its own entity, an, “all-knowing source,” and the site takes on its own materiality (Lanier 27). In SSTLS, Shteyngart underscores the problems with giving such amounts of information and power to social technology. Ethical consequences, for instance, in the form of no privatisation means the government gains a system of control, e.g., people get arrested for, “malicious provision of incomplete data,” and their rights are outwardly violated: “By reading this message you are denying its existence and implying consent” (46).

To sum up, Shteyngart’s SSTLS calls into question the ethical and personal implications advancement in social technology holds for ideas of the ‘body’ and its stability in society. With the looming possibility of being engulfed into the collective viral thread, Shteyngart highlights that our sense of self and individuality is becoming one of crisis because of our dependence on such technology.